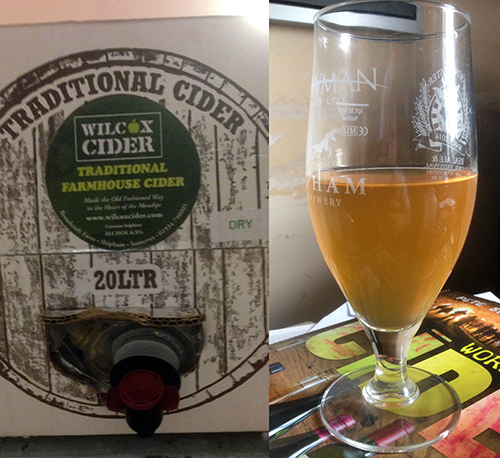 OK. Winchester Ale and Cider Festival had quite a few ciders that I haven't tried before. Sadly, too many really to cover here in fact, but I managed to taste five of them.

As a small to medium sized festival, this has to be one of the finer events that CAMRA sticks it's name too. It is certainly an annual favourite of mine and even though tickets can be like hens teeth to get hold of very worth making the effort to get to. If for nothing else, Winchester is a delight to see and hang out in... in much the same way I think Bath and Salisbury are too... and Exeter. Oh, you know what I mean: old town with character and a grand town hall.

Starting with the Wilcox dry - it was meant (I think) to be a medium but I was told that it was a dry and a sweet that were delivered. So they had the right one on for me then!!

Wilcox produce their cider in Cheddar, Somerset and trace their cidermaking history back to 1868. Wow, that is a long time to be making cider! Although their 'news' page is a bit out of date, they have won some awards - notably a second place at the Bath and West Show in 2012. That is no mean feat at what is billed as the biggest cider competition in the world (Okay, friends from USA - Great Lakes is an awesome competition too!!)

This cider is golden, hazy and still - the perfect draught look about it! To smell, it is very fruity with a rounded tone that indicates there are some tannins to it.

The taste is very dry; an astringent cider with a bunch of bold fruit flavours and no great acid to offset it. That is not to say there isn't any acid going on, but it is very definitely overun by the big tannin. I do think that there is a dominant apple variety in here too, though I cannot really place it off hand. It could be Yarlington, but that is perhaps a bit more identifiable than this. I guess it could be Dabinett... they do make one and it is the right profile. However, whatever it is I like the cider a lot.

This is on the cusp of being a cracking scrumpy as opposed to anything particularly refined. However, don't let that put you off - well, unless you don't like really dry ciders!

The aftertaste is dry like a teabag - the nodes on the tongue stand on end and act like sandpaper on the roof of your mouth:-)

A nice bold cider to start with then - with stacks of fruit, well presented and with big tannins. Just what you expect from a Somerset cider.

A score of 81/100 gives Wilcox a very neat silver apple from me!

Incidentally, the photo was taken at home and came from a take out bottle:-) Well, it was jolly nice to appreciate it in the calm of day!! 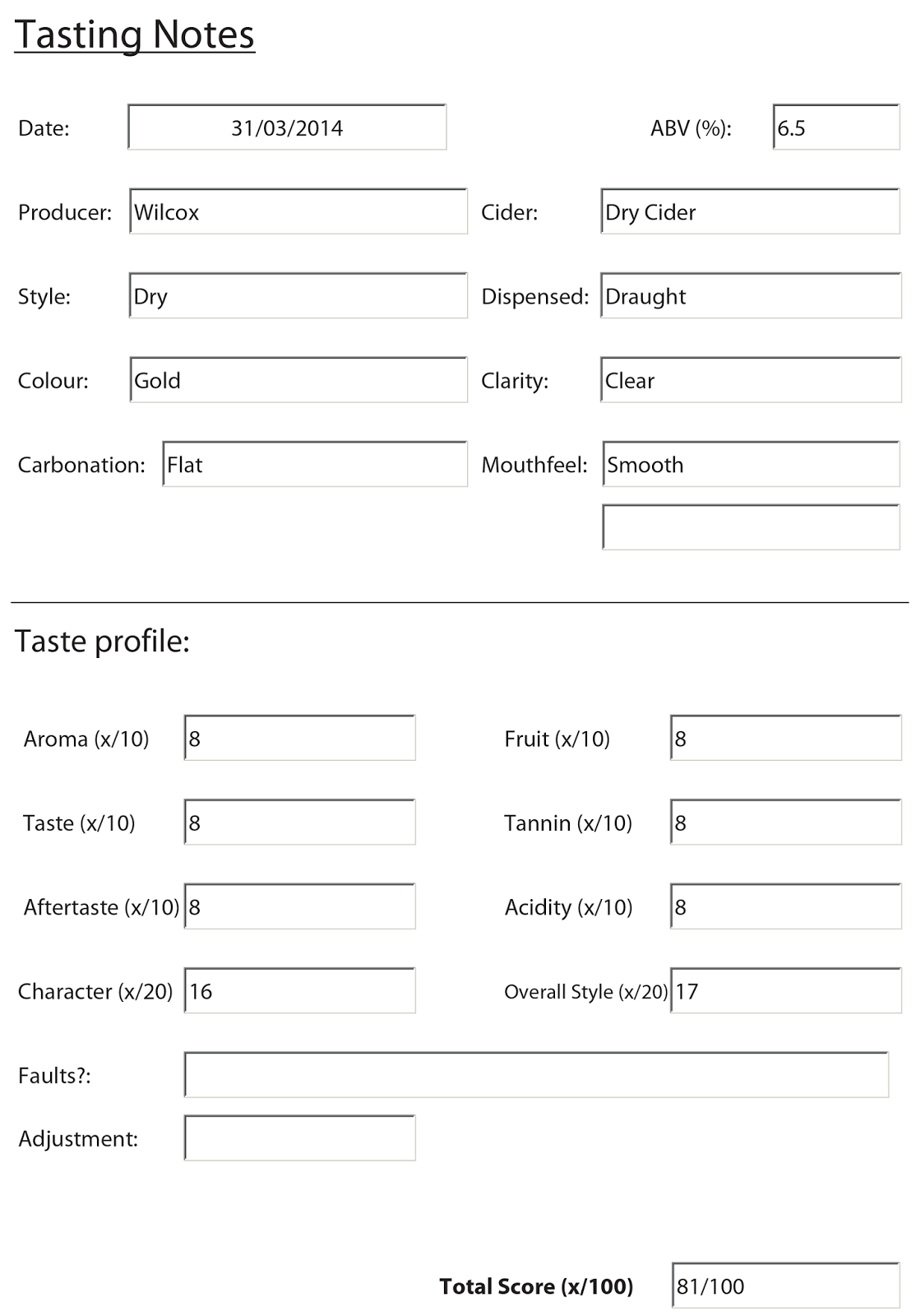