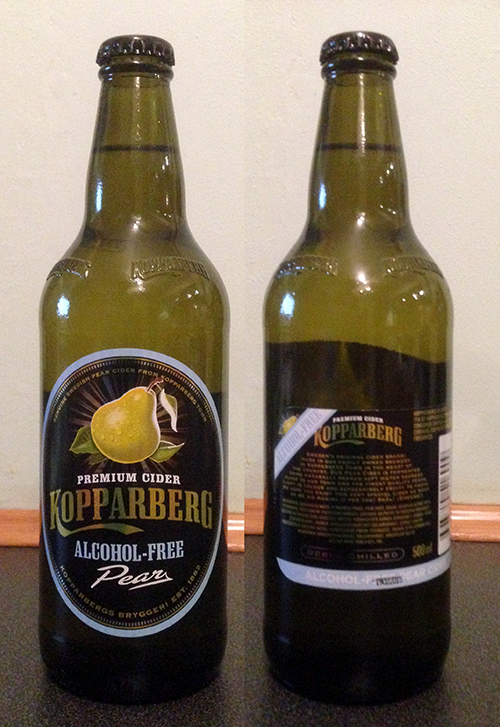 Well, this one is for all those health conscious "alcohol is evil" types out there. The sort that want to nanny and police us and stop us from being responsible adults for our own good. You know, the sort who like things like statistics that can be abused and massaged to suit their own opinions. And aren't opinions like arseholes...

I am struck by the irony of this drink too. Koppaberg is a drink not exactly tailored for the more experienced cider drinker... it is one of those drinks that sit in nightclubs and pubs who don't really care too much about the cider they lay on, as long as they can get it cheaply. I know, a bit harsh, but lets face it; any drink that advertises itself as premium and happily sits alongside WKD etc. (with all its various flavours) is kind of lining itself up with the alcopop world.

So, what is ironic then? Well, Koppaberg is targeted at the aspiring young... those who wish to develop their tastebuds but think that this kind of thing is still 'totes amazeballs'. And this one is alcohol free. Come on... there has to be something ironic about this... the Swede's have a sense of humour, don't they?

To some degree, if Koppaberg is on the edge of what I see as cider (I know, it says cider on the bottle... premium cider actually... its just a label, it doesn't necessarily mean anything!) then this ought not be... except that it says it is on the label. But then, I wanted to compare the non alcoholic version to the alcoholic version. So I have both to try... one after the other. This way I can get a true reflection on whether this unleaded version is a true reflection of its leaded colleague.

Looking at the label, I do have some high points for you. The company refer to themselves as a "family owned brewery". And there I was, thinking that it was only journo's who couldn't be bothered to tell the difference between brewing beer and making cider. The other thing that made me stop for a second was, "fermented using naturally formed soft water..." Pardon? Say again? OK, taking aside the naturally formed soft bit (which is weird enough)... is this a mineral water drink? Is that what the Swedes think of cider? Oh dear.

To see in the glass, this drink has virtually no colour at all - a greeny yellow tint is about as far as I can go with it. Also, it is foamy and sparkling - though with very little smell to it. I am getting some pear drops - but really not much else.  So far, it fits with the idea of it being a mineral water drink. Let's taste it.

Aaaaagh. Sugar rush! There is something cidery or peary about it... though trying to get past the sweetness is all but impossible. There is very little character other than candy - certainly nothing that I can use to compare it to other pear ciders... let alone perries. And that, I am afraid, is how it stays the whole time. I wouldn't say it isn't challenging or balanced - I am finding it very challenging and unbalanced to be honest. Just not in a good way (for me).

I can, in all honesty, say that this is my first and last time of trying Koppaberg Pear Alcohol Free. The only plus I can see about this is that it is alcohol free... the drink itself is incredibly sweet and quite frankly nasty. In fact, it is the only reason I could see anyone drinking it is for the bottle... is that what this is reduced to?

For anyone seeking to discover perry from the point of drinking this: start with Magners or Bulmers. It has much more flavour going on. I fear that an Olivers may have too much flavour and character at this stage... however, please move on from this. Try one of those mineral waters with 'a hint of'... they are better than this!

A score of 25/100 means that this may well be the lowest scoring drink I have tried so far. I need a drink of water just to clear my palate! 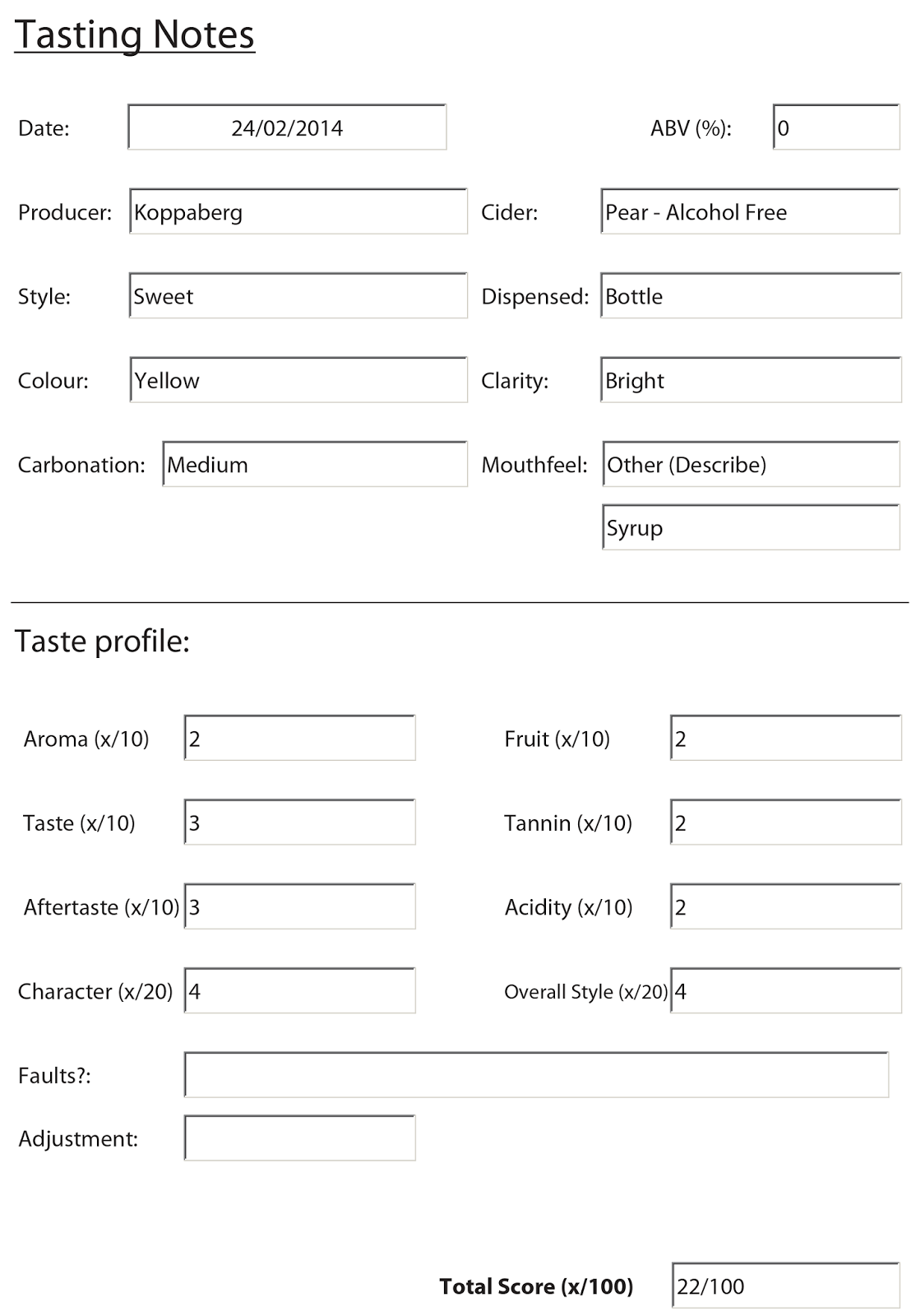