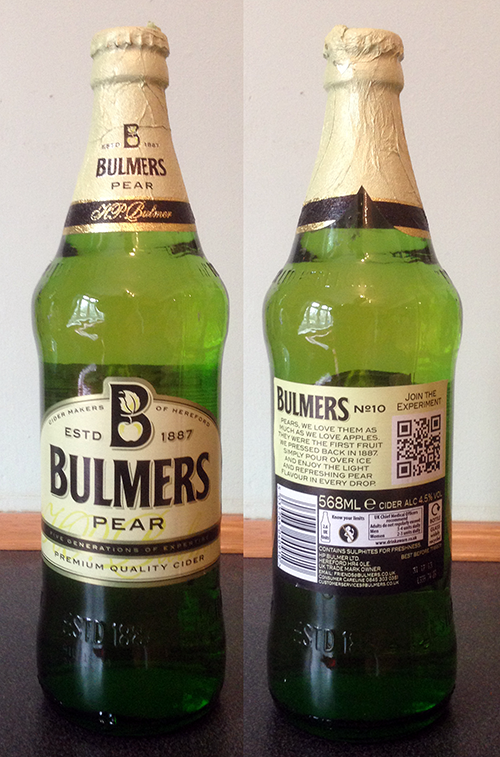 I am sure I have said this for just about every Bulmers or Magners product that I have tried to date... sooner or later I had to try this example. This one isn't even a pear cider... its a pear. OK, probably a little mischievous but this is one of those drinks that people will automatically think of (well, those who drink pear cider, that is). I am glad, however, that I have had the chance to try a few very high quality perries before coming to this one.

Looking at the label, apparently pears were the first fruit Bulmers pressed back in 1887. Marketeers. I love em (not). Well, all I can say to that comment is that I would put money on the perry being made back in 1887 to have an awful lot more juice content that there is today... and Mr Bulmers - all that time ago - would probably not recognise this (barring it being his name on the label!). Oh well, I guess if you know nothing about perry making practices then this is probably a reassuring thing.

I know I bang on about this, but heritage is very important to me. Heritage and quality... the two aren't linked. Just because someone has been making cider for long enough that they should know how to put a decent cider together does not mean by any stretch that they do... However, for Bulmers to play on heritage - when their practices and products  don't resemble anything of the sort. Am I not the only one who finds this a bit disingenuous?

Look, I am going to step away from this perspective in order to try this pear cider with some kind objectivity.

It pours out golden, fizzy and bright and sparkly.I am mostly getting pear drops from the smell - it is quite strong. It isn't the subtle and charismatic smell that I have experienced in the very best of the perries, but it isn't so boiled sweets that I am put off... and at least it smells of pears.

The taste is much more watered down. Its a bit of a cross between cider and perry to be honest. There are no real tannins (perhaps I get the whisper of them) and not a whole lot of acid either - though strangely it does have some body.

With a short, sweet aftertaste I have to conclude that this is a bit of a ghost of itself. Any bold flavours have been rounded off to present something that would only offend those that really appreciate perry at a strength that cannot be criticised by the anti drinks lobby. 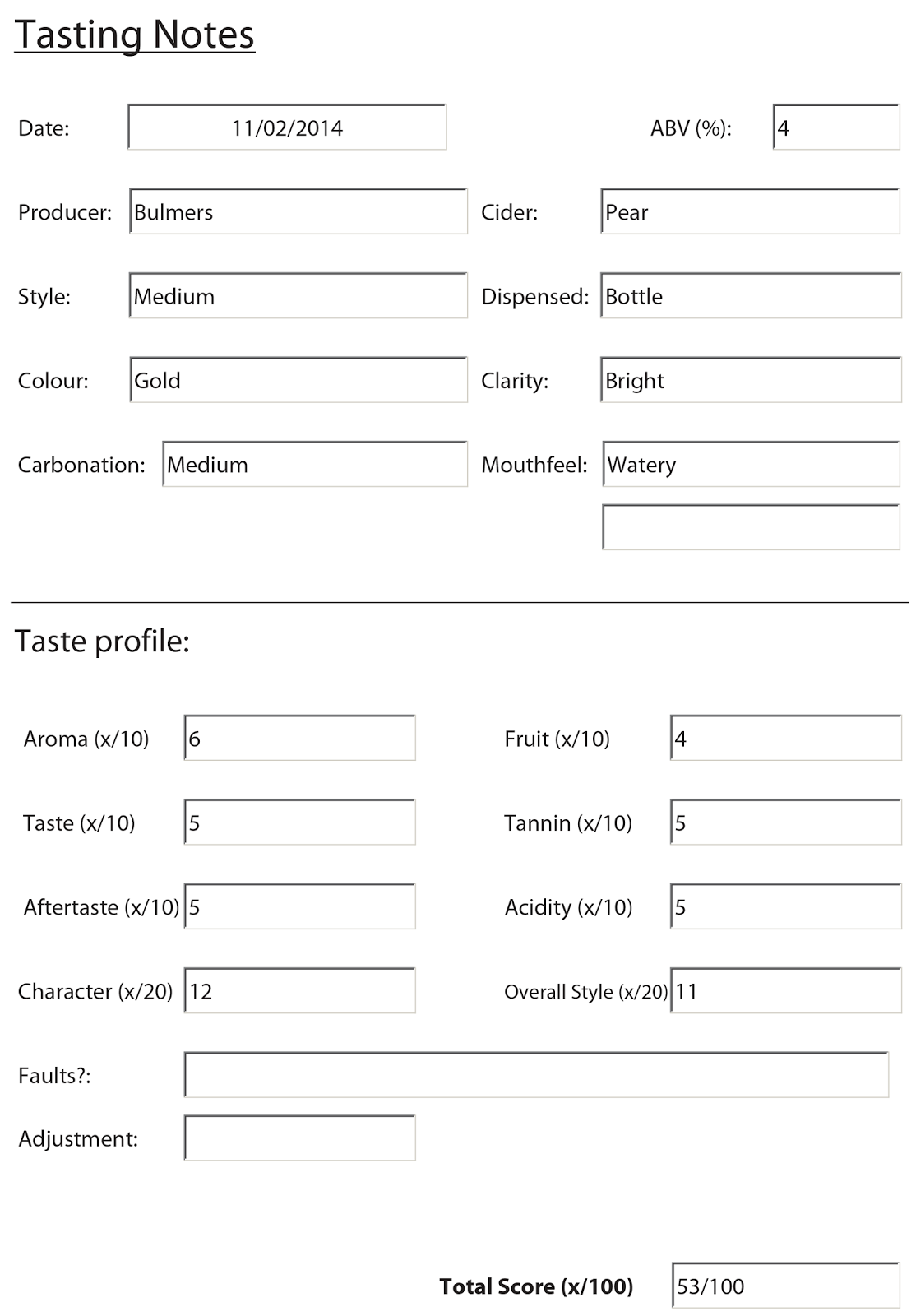