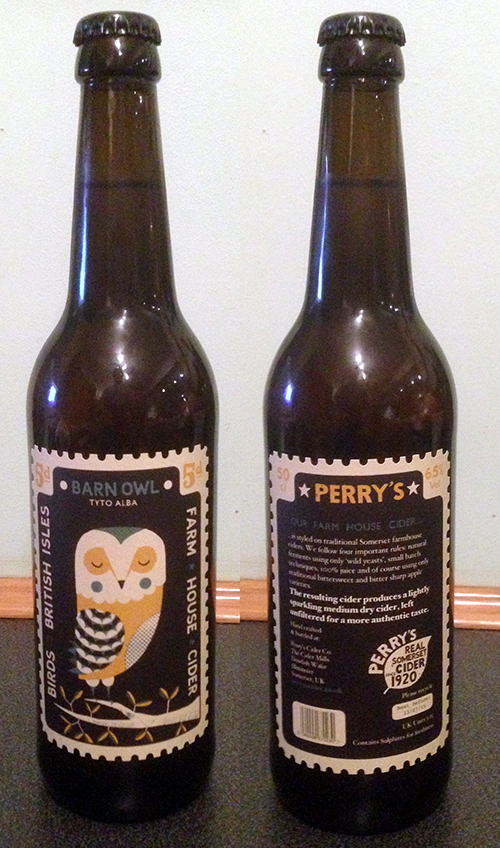 This is another one of those cases where I think I have tasted all a producer has to offer and sit back on my laurels... only for them to release a new one. Or is it? I have tried their 'Farm Pressed' Dry and Medium before now... have they simply re-labelled it with a stamp bearing the name of a bird?

I think they probably have - although lets not forget Orchard Pig who 'rebranded' and lowered the quality of their cider (in my opinion). At 6.5%, its about the same as the others... and it will be a different year from the others too - so its going to be interesting (and I can never say no to a Perry's cider, can I?)

Once poured out it appears nicely golden, clear and rather highly sparkling... though I am not sure if it has been stood around a while to condition further in the bottle.

The smell is rich and delicious - it certainly hasn't lost anything in the filtration. The bubbles help to push the aroma up your nose: spicy, fruity with a deep country/farm thing going on. It really is quite a meaty smell.

To taste, I am getting a nice blend of fruitiness with some tannin and a background acid. It is well balanced, although it is too sweet for me personally (definitely not a medium dry). It is also a slight touch on the watery side. Going on through the bottle, I would think that there is a good amount of Kingston Black in here, which could be what is providing the background acid... though don't take that as definite! The acid is very moderate (but more pronounced in the aftertaste).

I think the tannins are softened by the sweetening to a big degree although, like the rest of the flavour, it develops as you drink.

The aftertaste is moderate to long and is pleasant.

On the whole, I am impressed (as usual) with Perry's. Right at the top end of my sweetness though, which is a bit of a shame as it is only meant to be a medium dry. As an afternote, I noticed that there was a bit of yeast at the bottom of the bottle - which could explain the highly carbonated cider coming out of it!

A score of 76/100 earns a bronze - which checking back maintains the Perry record with Cider Pages! 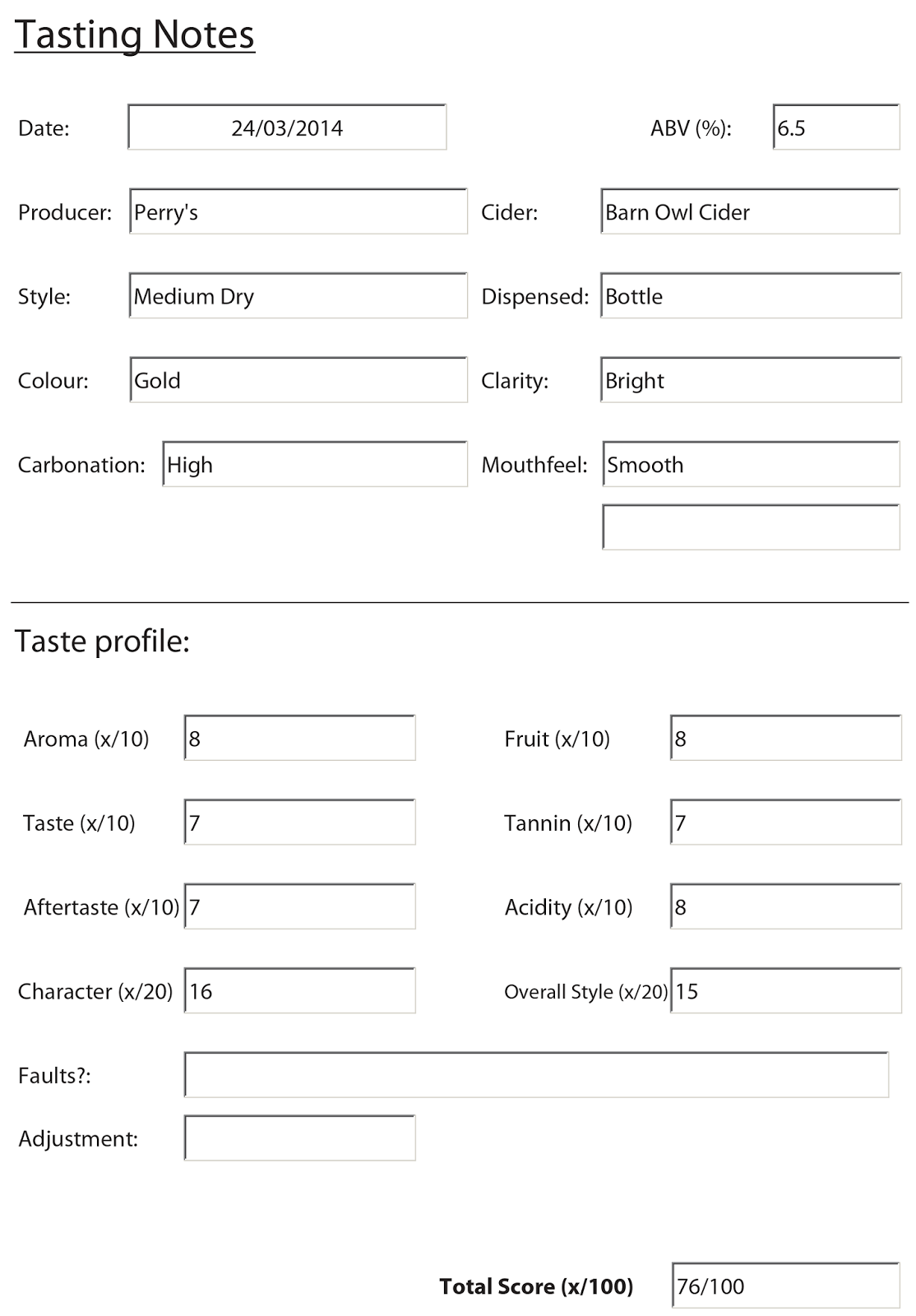