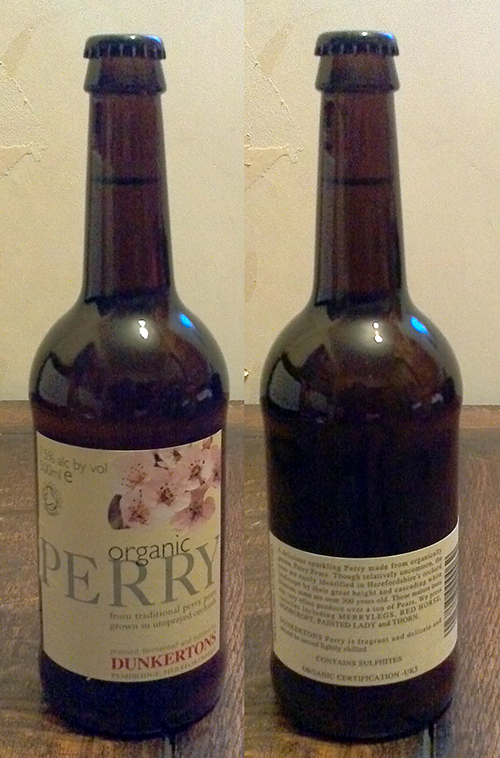 Apologies for the minor absence, it was not intentional but... there you go. Hopefully I now have time and cider/perry enough to keep things going once again:-) I was intending to say that "this is the last of the perries on my shelf". But then I bought some more - so you have a few more reviews to look forward to.

However, this is the last of the perries that have sat around for a while waiting for me to pluck up enough courage to try them. I am glad I did - not because I won't look back in a few months and wish I had more experience before writing them but because this perry lark now fascinates me! For a drink that is made pretty much using the same practices as cider, using pretty much the same kind of raw materials, it is so much more nuanced and delicate than most of the ciders that I have tried. There are real wine comparisons that you can draw on - far more than with cider. It really is a different kettle of fish. And that has surprised me.

Dunkerton's are among my favourite cider producers, making honest cider and exploring tastes without compromising. I can see them tasting and testing their different blends or single variety ciders; some good and some rejected. Too many cidermakers simply launch wholesale into 'innovative' ideas and throw them out onto the market... Whitehead's 'Beetroot' cider is such an example. If I wanted to drink beetroot juice then I would press some beetroot - not chuck it into cider! And then there are those who believe the key to the treasure chest of cider making lies in a bottle of sweetener...

Okay, enough ranting for now. Lets go for this perry then.

It pours out foamy and clear into the glass. The smell is pungent - no need to stick my nose into this one! However, it is a deep smell: tannic, rich and bold. That makes this unusual for a perry - they are normally more nuanced than this. However, I like it.

The taste is much milder than the smell, oddly. It is very smooth - I am getting a pear/cidery flavour with a touch of farmyard too. There are peaches in the taste as well. This seems to be a theme with good perry... peaches. It is almost creamy, although this could be the fizz.

There is some tannin in here, but very little acid which kind of accentuates the tannin a touch. The aftertaste is long and nice too and lingers. Very good. I am satisfied!

A score of 85/100 puts this almost on par with the Olivers. A silver apple for Dunkertons. 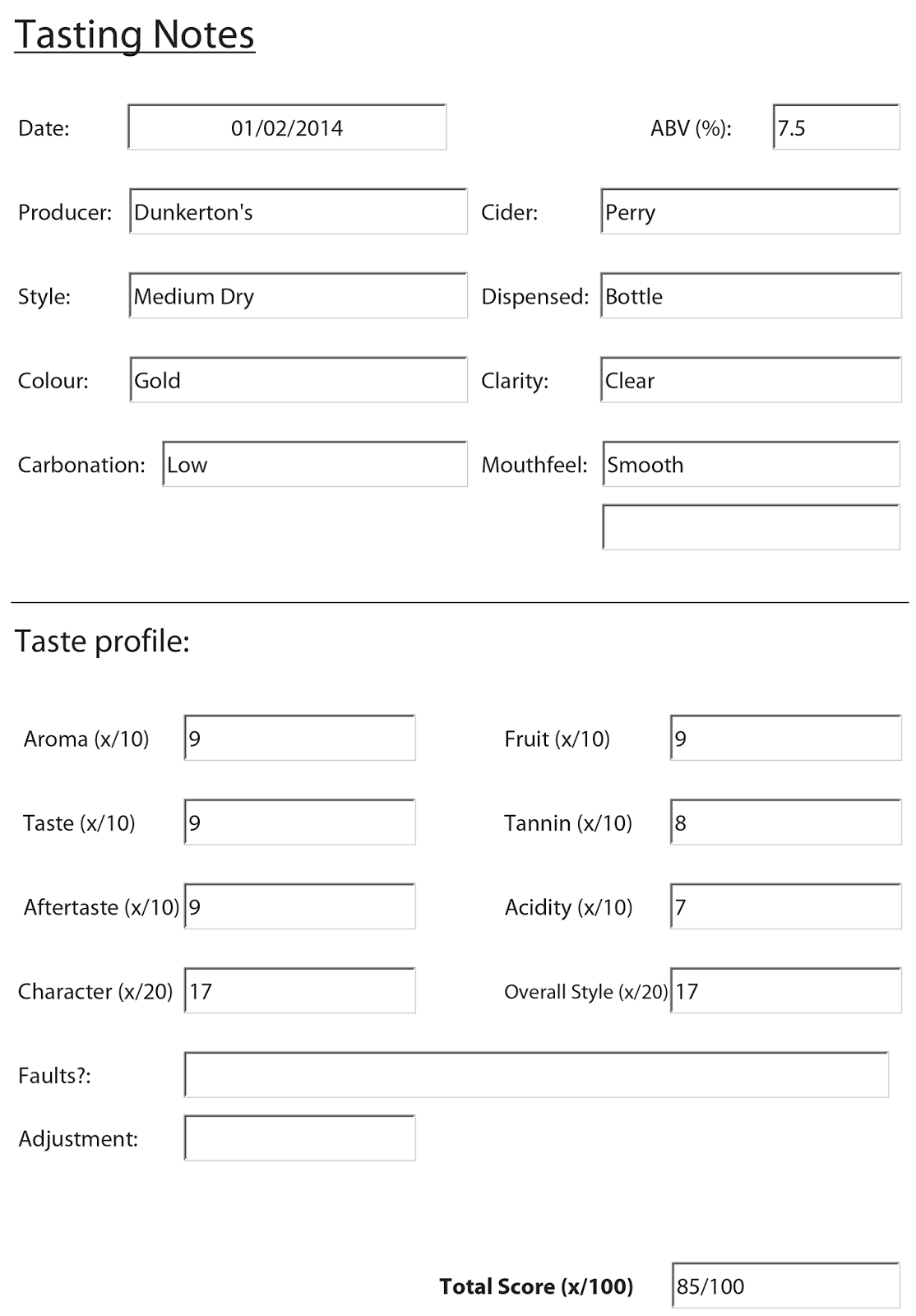