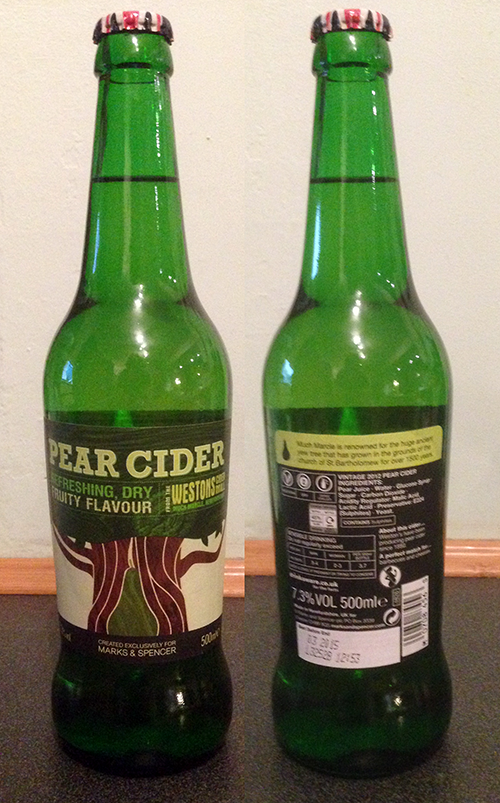 Here is the other perry that I wanted to try. It is easy to get hold of and, yup, its a Westons. If you sit it side by side with the other bottle it is identical (OK, the bottles are identical). It is actually 0.1% different ABV... but this really means nothing as trading standards allow a 0.5% leeway either way (this it is actually 1% out either way, but lets be honest - that would be really bad form eh!). So, essentially it is identical. Well, not quite.

The difference between these bottles is that one has an ingredients list on it. This allows me to analyse the processes that Weston's use to make the perry/pear cider... if only CAMRA would do it's own homework and work these things out for itself then perhaps their definition of cider and perry wouldn't need constant inspection and adjustment. Here are my notes:


And that, ladies and gentlemen, is why I support food labelling requirements for alcoholic beverages. Bet you don't see that in the Weston's adverts!

So, let us get on with this perry. I am trying this a day after the Henry Weston's so I should be able to compare them fairly well. Why am I doing this? Well, Westons do have 'form' for releasing the same drink under a different name. Is it wrong? Well, that is not for me to say - I will leave it up to the readers to judge.

It is a medium dry cider, moderately sparkling and yellow in colour. It is also bright and sparkly. It smells of pear juice, although I note that I am not getting sulphite this time - so the pear smell is unhindered.

Sure enough, the taste is very juicy and it comes across as more a medium than medium dry. I do get a touch of tannin and some acid. It is very similar to the Henry Westons I tried last night.

Don't get me wrong - it isn't that it is a terrible drink. It is just uncomplicated, when I find really good quality perry IS complicated. This is attempting to do for perry a kind of cider like experience for the drinker - simple, pear like and pretty strong in alcohol. This is a shame - and even with my limited perry experience I do believe it is a mistake.

As for the two perries being identical. Well, it isn't the first time and, lets be honest, I don't know how the buyers for the supermarkets work. I can certainly forgive this more than, say, producing two (or three or four) ciders that are identical and selling them under your own monika.

Anyway, the scores are somewhat identical too. 56/100. 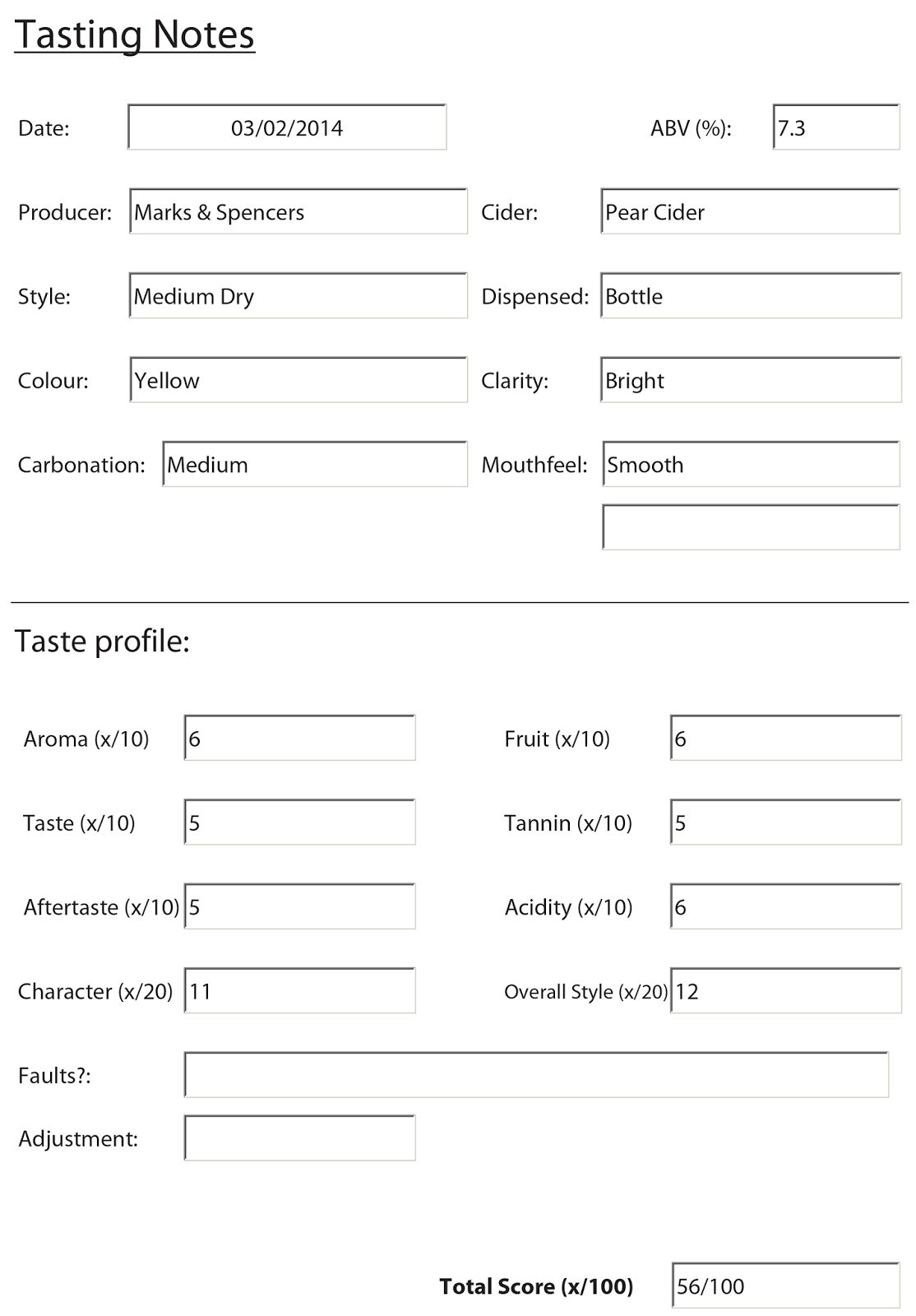