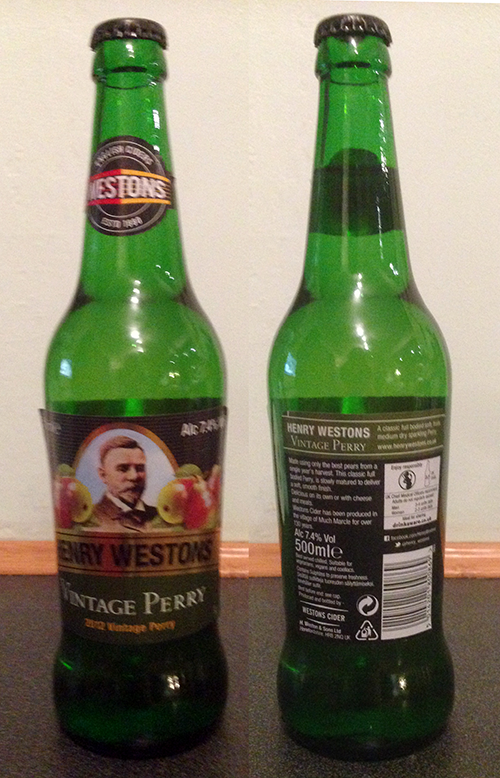 Moving on with perry - well, why not get the 'easy to get hold of perries' first. Here we have a couple of perries that I would like to try alongside each other. Well, I say that - one does call itself a pear cider, but both are made by Weston's.As a start, lets try the real deal - Weston's own Vintage Perry. The bottle is easy to recognise (whether it says Westons, Asda, M&S or whatever) - is the perry?

At 7.4%, this is not a perry to be taken too lightly. It is described as a medium dry (though in my experience of Weston's this probably makes it a medium). It pours out moderately sparkling, pale gold and brightly clear. It certainly looks the part.

Smelling it, there is a distinct pear aroma - a little unusual having smelled other perry that I know to be top class. As a note there is also quite a lot of sulphite too - checking briefly this is a bit of a common theme for Weston's cider, though I am not sure why. I know - why point out about the sulphite? Well, some people are allergic to is, and it is worth noting that, if you can smell it, then its quite heavy.

To taste, it is moderately medium in sweetness and it is all juicy. I am not getting a whole lot of pear on the tongue - or perry flavour to be honest. I cannot assume anything, but this seems to be tailored for those who don't know perry... there doesn't seem to be much else than pear going on. OK, I do get a small touch of tannin, but mostly it is pear.

The longer I drink this perry, the more I feel it is a solid medium. There is some acid here - and this couples with the sweetness to give a moderate length aftertaste.

I think that is enough said. A score of 56 is above average, but I really do feel that as a vintage perry, this should have been more complex - well, a bit anyway! 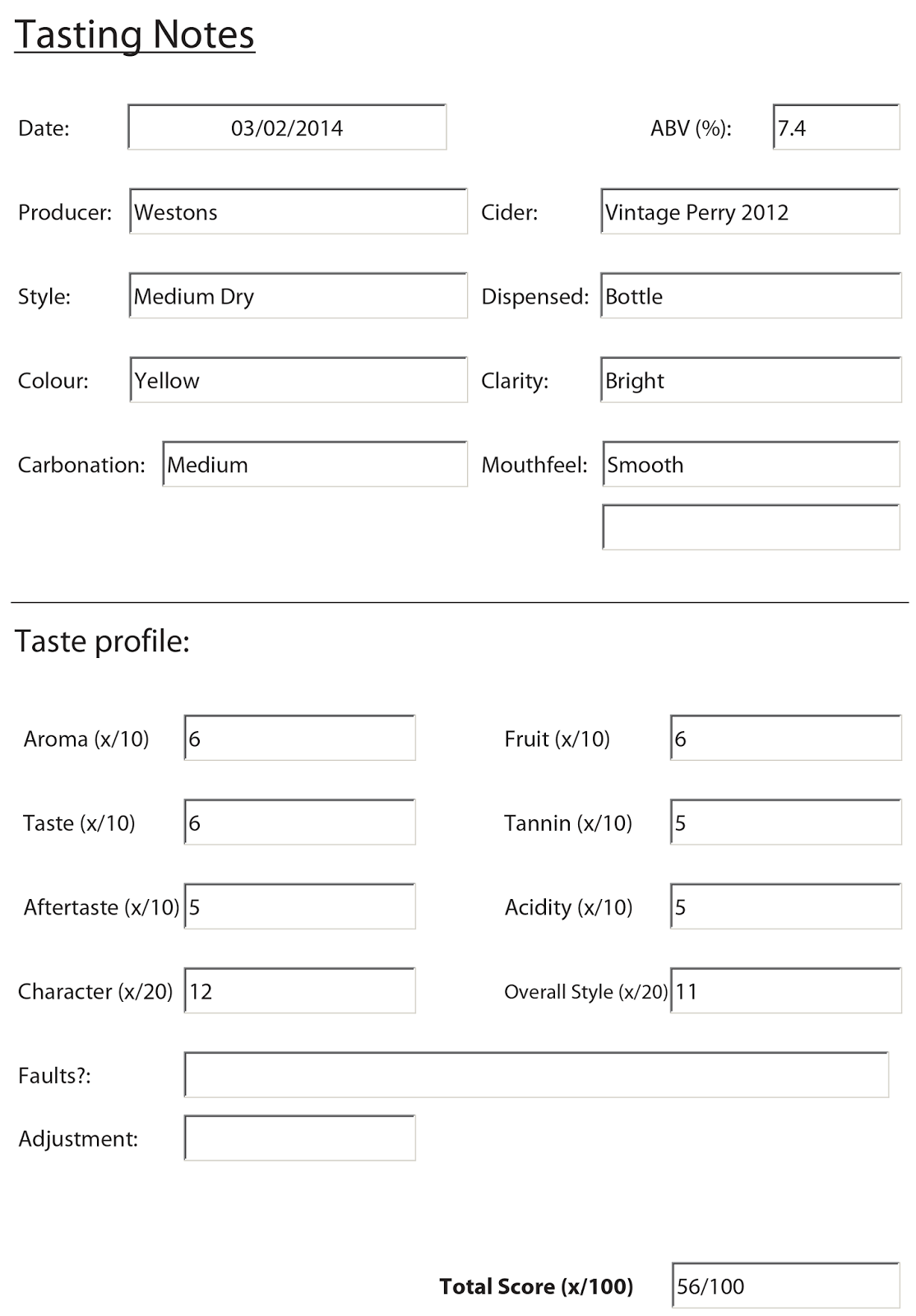