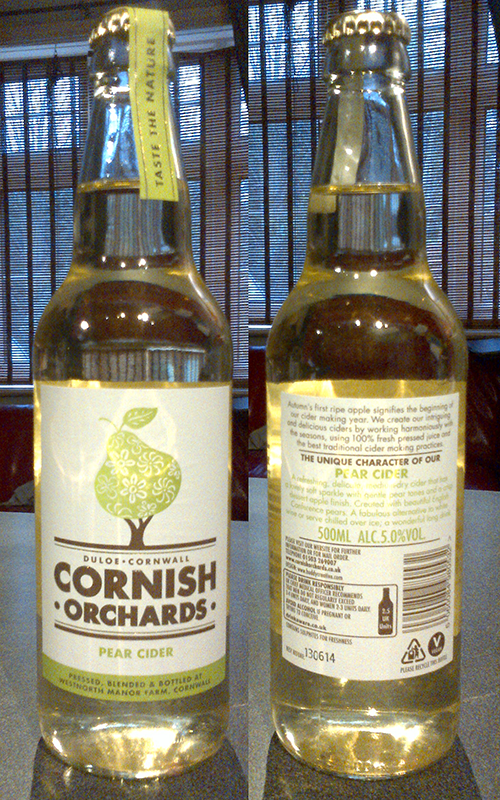 Hopefully I am now moving back to some perry that is more traditionally made now. Checking back on their cider reviews, I rather like Cornish Orchards drinks... so I think that this may be a safer perry to return to.

So, lets get on with it. Well, I have to say I rather like the style of the bottle. I have probably said this before but it is classy and simple. Saying I like it - I don't like the fact that they have called it pear cider. I guess that is the snob in me - perry and pear cider are (I guess) an interchangeable concept these days and to suggest that perry = good and pear cider = bad is missing the mark somewhat. Sure, I cannot think of one drink called 'perry' that is industrial in nature (I frame that statement in the knowledge that both Babycham is perry and also Lambrini... though I admit I have no idea whether they call themselves perry specifically).

Moving on to the description... well, although I have not obtained permission the fact that it is on their bottles means I can replicate it here:


"A refreshing, delicate, medium dry cider that has a lovely soft sparkle with gentle pear tones and a crisp dessert apple finish. Created with beautiful English Conference pears. A fabulous alternative to white wine or serve chilled over ice; a wonderful long drink."

Confused. Well, forgive the use of 'cider' - its a pear cider (and my thinking having studied the bottle is that they call it that because their stock of labels refer to their ciders... Conference pears. There are very sweet with no acid at all - hence the use of apples to provide acidity and balance. It will be an interesting experience. I believe that many of the mass market brands use conference and comace - the two common dessert pears available in large quantities. As to white wine etc. well, I am going to open the bottle and give it a go.

This perry has a moderate sparkle to it - in fact it is another bottle that has sat around for a few month and does appear to have developed a bit (there was a tiny amount of settled sediment). However, I would suggest that it has been filtered to a degree as it is bright.

The smell is surprising... and nice. A bit of acid in the nose and a very pungent floral (rose like) smell. And (here is the surprising bit) there is something wine like about the aroma. This isn't supported so much with the taste, although it is nice. There is a touch of syrup about it - could be sweetening or the apples perhaps.

In summary, the taste is delicate and tasty. There is more than a hint of dessert apple about it, and it is a floral almost cidery drink which has more than a passing similarity to white wine. Saying that it isn't a cutting or crisp drink like a wine would be and I am still thinking cider as I work my way through the glass. On the whole it is gentle and has a reasonable amount of acidity

There is a medium length aftertaste, which is fairly light and acidic. I should also add that the medium dry is done very well, so it is an all round hit for me... well, not the greatest in my short  perry career but certainly very good. 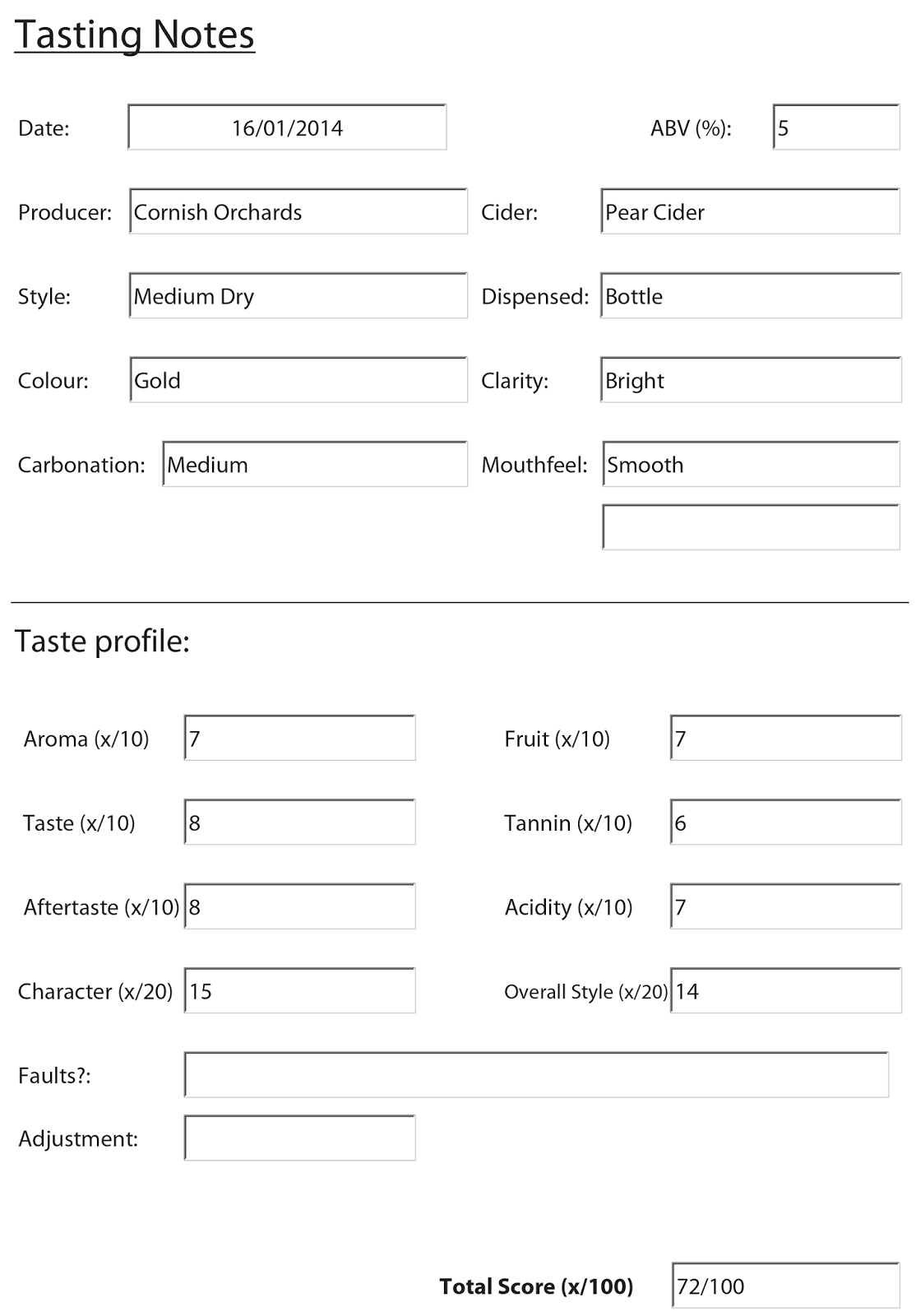