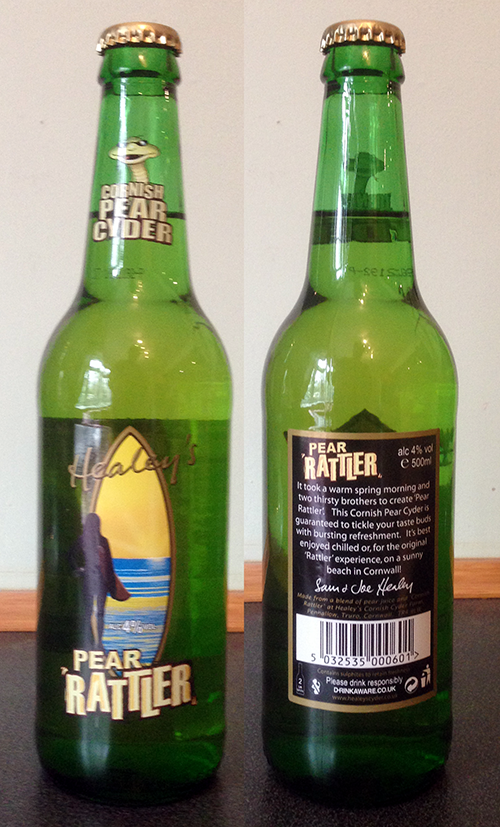 I am enjoying this foray into the new. Well, it is new for me anyway. Incidentally, by request I have tagged these as 'perry' to make it easier to find. Mind you, if I can find as many perries as I have ciders then that could grow into a rather long list!

OK. In front of me I have a bottle of Healey's Cornish Pear Rattler. Checking back, I am not sure that I went all that mad over the cider version of Rattler - though I was confidently informed by a publican last year that it is all very popular and 'real'. Now there is a term that I can sit alongside 'premium':-)

Bearing the standard image of surfer and snake, Healey's leans on the Cornish surfing reputation. In fact, the last time I went surfing in Cornwall it was in just about every pub in Newquay so I would say that they have captured their target marketplace with this design. Mind you, having spent my entire 20's surfing the coasts of Cornwall, Devon and Dorset, it is a fairly new thing.

Opening the bottle, this perry is crystal clear and moderately sparkling. That is about right for Healey's - Rattler cider is the same kind of thing if I remember rightly.

Lets start with the smell of this thing. Well, it smells of pears. Honestly, I have to say - as a beginner in regards to perry - that of the two high quality perries neither smelt of pears in the same way that full juice traditional cider rarely smells just of apples.

Oh my god, it is insanely sweet! Its like pear flavoured lemonade! Trying to be objective and getting underneath all that sweetening, it isn't a complex perry at all... there is a fair amount of sharpness - something that isn't that common in pears. Certainly dessert pears don't have much acid at all... and let's face it, there aren't that many perry pears to fuel the largest producers of perry/pear cider.

I am going to have to say that I prefer the Magners to this if I am honest. The aftertaste is very sweet and lingering. Sorry Healey's - I can see why you call it pear cider! A score of 48/100. 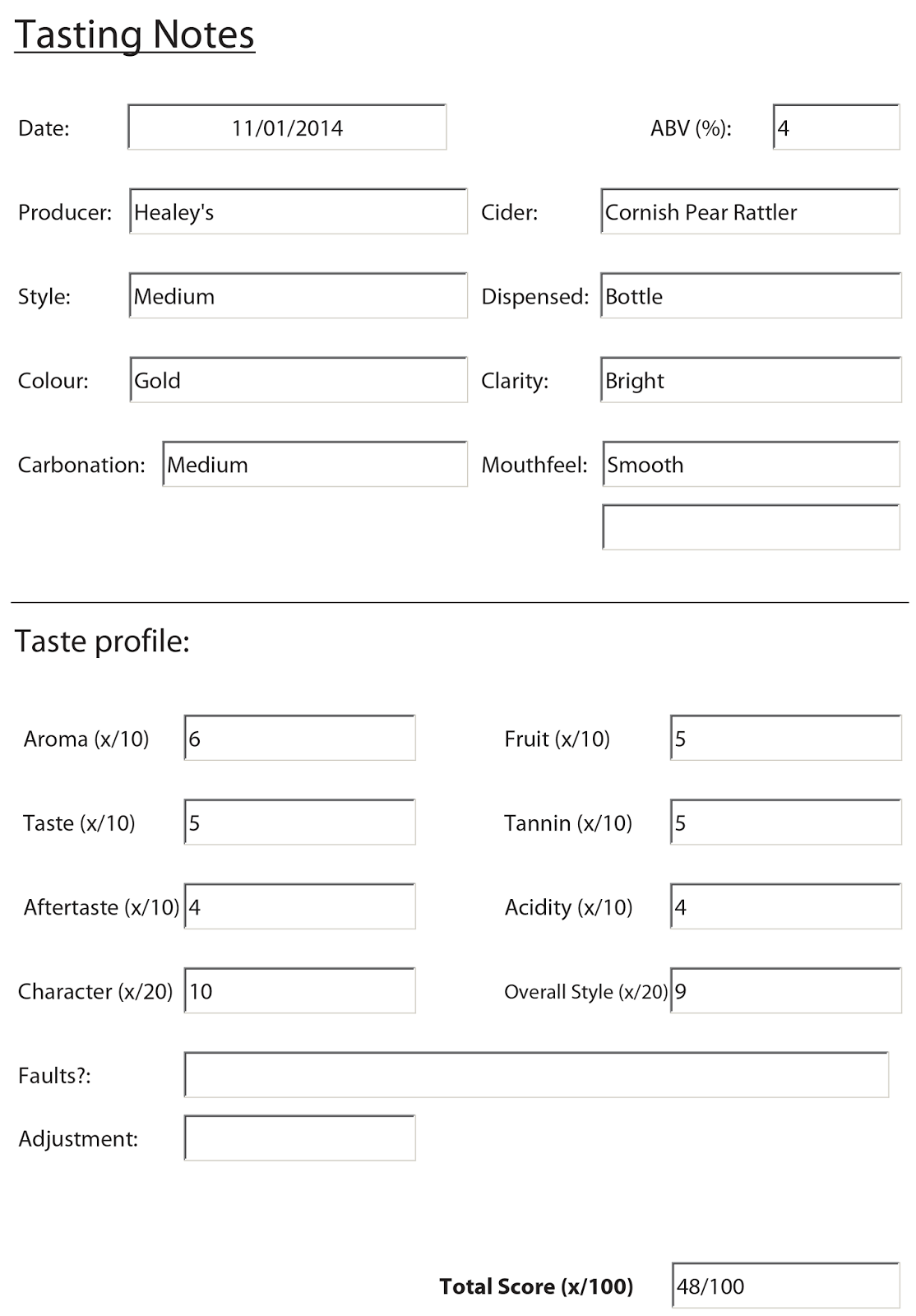