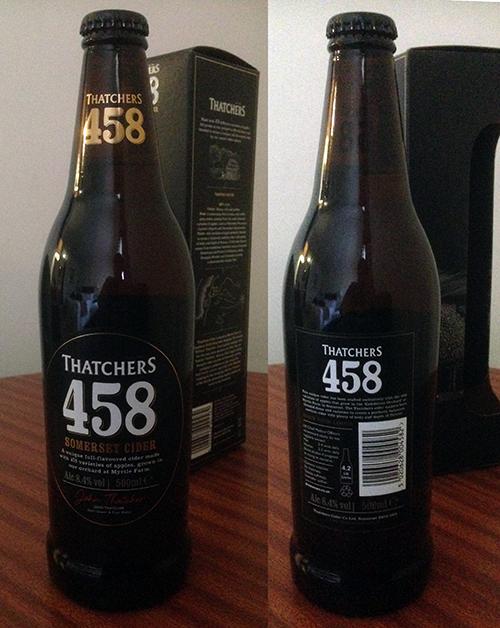 At first, when I heard that Thatchers were launching a limited edition cider, my ears pricked up. What is more, it was a well known Mr Bill Bradshaw... photographer of all things apple... that asked what it was like. Well, I guess your not worth your salts as a reviewer if you dont at least try to respond to demand like that eh:-)

OK, joking aside, it was interesting - I don't recall missing an anniversary or celebration. This isn't like that. It is a celebration of the varieties collected by John Thatcher and planted in an exhibition orchard that is going on here. After all, the best ciders are blends - arent they!!

It comes in a box too. Well, I am not sure that they all come in boxes but my one here certainly does. Now, is this a chance for Thatchers to prove that they haven't departed the realms of the traditional cider maker too far? I tend to place them alongside Westons - massive production and anywhere between a 50 - 70% juice content (yes, I do tend to work by juice content as it is one of the few real differentiators for mass market/craft ciders). However, to both Thatchers and Westons credit, they do offer a 'break' in nationally available ciders - something with a bit more character than the industrial stuff - a bit more integrity and a hope that they *could* produce a brilliant cider if they really wanted to. A necessary stepping stone (if you like).

OK, lets rattle some stuff off the label before I taste it: “A unique full-flavoured cider made with 458 varieties of apples…"

The bottle itself reminds me of the Aspall Imperial – dark and classy. It doesn’t even look like the traditional Thatchers bottle… and then there is the box. Nice touch. Helpfully, it has tasting notes on it, which gives me a basis from which to review this cider:

Nose: A welcoming floral aroma with subtle spicy notes, coming from the more aromatic varieties of apples, such as Worcester Pearmain, Laxtons Superb and Devonshire Quarrenden.

Palate: 458 varieties of apple perfectly blended to create a balanced, medium cider with plenty of body and flavour. A full cider flavour comes from traditional Somerset varieties such as Somerset Redstreak and Porters Perfection, whilst Howgate Wonder and Grenadier provide a characteristic sharper bite.

Wow. I could write a blog post about this alone. First off, its not so much tasting notes as a sales pitch. So its been put together by the PR people. However, what I am seeing that is interesting are some of the apples used. Not all cider apples then – which is of course no problem, but perhaps more interesting from a company at the heart of Somerset. Take Grenadier (I use that sometimes), a gentle acidic culinary apple that is a bad keeper but quite juicy. And then the Laxtons and Worcester – both gentle and fragrant as apples but once the sugar is fermented not so much.

Saying all that, if they have captured the aromatic nature of some of those apples then it should be very tasty.

458 varieties in a blend; there isn’t much room in that lot for any one of them to dominate (if done in equal measure). As all the apples cme from Thatchers ‘Exhibition orchard’ though it is a very interesting blend to make... not that I am in any way jealous. Well, I am in a kind of not getting my expectations too high kind of way!

OK, getting on with opening things up. Ooh. It has quite a distinctive smell – quite strong and immediately I can tell it isn’t just cider fruit in this cider (confession – I know because I make a cider with both cider and dessert fruit and you can smell the more acidic nature of the dessert apples). However, it also smells cidery too in a tannic way. So far, it fits – rich, very golden, bright and moderately sparkling. I am not exactly going to agree with the nose – it isn’t floral by any stretch: it is deeper than that and also verging on citrus (orange or clemantine?).

The taste is actually very distinctive for Thatchers. The acid leads the taste – an acid coming from the dessert and culinary fruit. This is backed up with a good fruitiness and some gentle underlying tannin that forms at the back of the mouthful. Do you know what… I actually rather like this cider.

There is a touch of syrup in the taste but I suspect this is coming from the back sweetening more than anything to be honest. Finally, a very slight culinary sour note – together with the strong alcohol warmth.

The aftertaste is pleasant, warming and fairly long.

To be absolutely critical, it is a little sweeter than I would like. But it is no more than a medium.

Now, as someone who has given Thatchers a bit of a hard time (with the exception of the Vintage) I have found something in this Thatchers that is more traditional in composure (from a mainstream producer) than I have found since the Gaymers single orchard blends. It very much deserves its score of 86/100. I am not sure, but I don’t think I have awarded a silver apple to a mainstream producer yet… so this is very well done indeed! 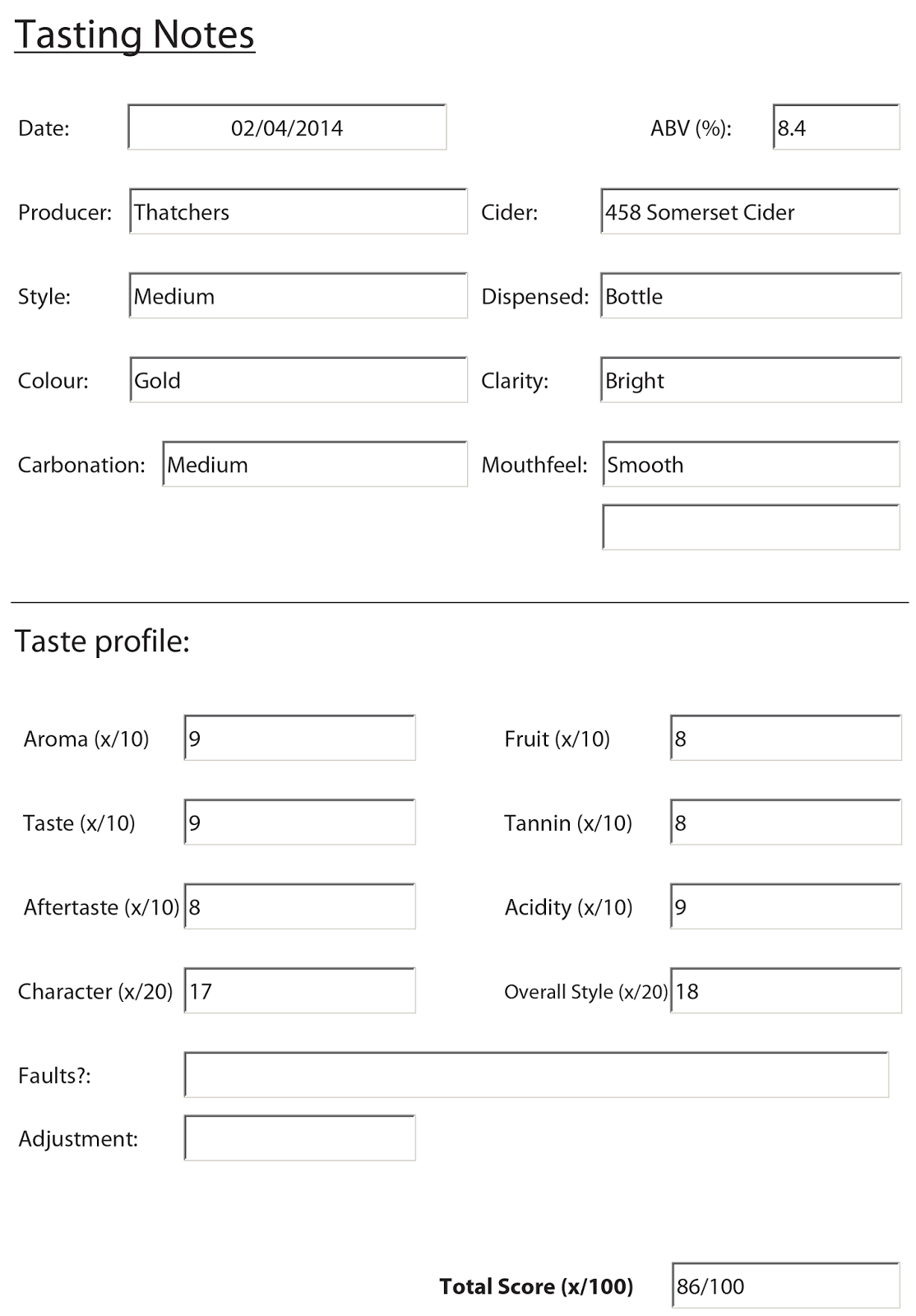