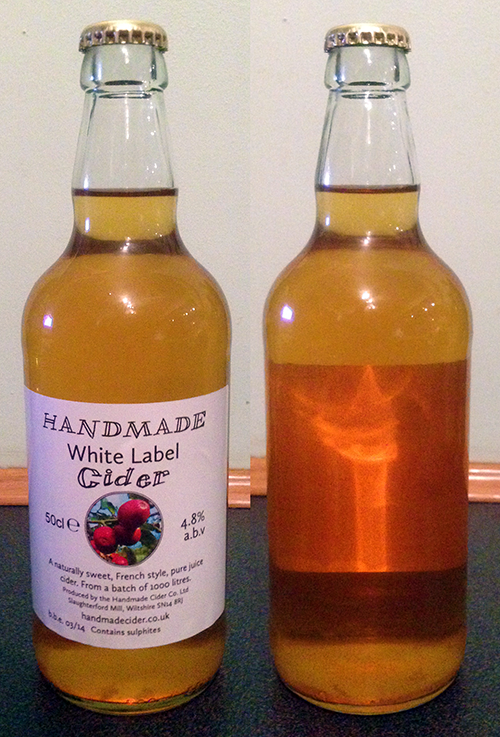 A cider maker that I haven't tried before. Well, that is not strictly true - I did try some of their cider at the Winchester Festival, but sadly that isn't written up yet and so will become the second (or even third) of their ciders that I try.

The first thing I always do with a cider is have a look at the bottle. I guess its just the blogger in me... or possibly the marketeer. Apart from the cider itself it is interesting to see what the producer (or their representatives) want to say to me, the drinker, before I experience the drink itself. Something that has caught my eye on this bottle is this; "Produced from a batch of 1000 litres.". Now that is what I am talking about... how craft cider is that? OK, I also notice that it is naturally sweet in the French style. So, is this keeved then? (for those who are unfamiliar with the idea, it is basically removing the nutrients from the juice prior to fermentation. This makes things move along much slower and eventually stop before the cider has reached a dry state). That isn't easy or guaranteed - so I am surprised to be finding it in a normal beer bottle!

OK, lots to explain there!! Keeving is not always stable. You see, the yeast will consume all the sugar in a cider leaving it dry (no - sweet apples don't make sweet cider!). It is quite hard to stop unless you intervene (pasteurise or sterile filter) and kill off the yeast or set things up so that they 'get stuck' (stop before all the sugar is devoured by the yeast). By far and away the most elegant of these processes is keeving (though there is nothing wrong with either method - in fact it is probably preferable to back sweetening with sugar, juice or artificial sweetener!)

However (and its a biggy) because keeving is not guaranteed it could start fermenting again and, therefore, needs heavy duty bottles to contain any gas production... hence French cidre is often found in heavy, punted bottles. So this is either very brave or else the yeast has been killed off in some way.

OK, it pours out deep golden and highly carbonated... see my comments above. I have to say it does smell quite yeasty too - lots of farmyard... in fact, that may not be the nicest smelling cider I have ever had. I suspect it has continued to ferment in the bottle and the low nutrients may have stressed the yeast and caused this eggy/farm yard smell.

Lets move on to the taste, as that is what is important. It is very mellow - lovely cider fruit coming through and almost a touch juicy in a French way. There isn't a lot of acid in here, but it does taste nicely mature with a low level of tannins that emphasises the fruit rather than compete with it.

The aftertaste is also mellow. This is easy drinking and crafted - it is just such a shame about the damn smell of it!

I said just now that it was the taste that is important. This is true, but it is not true that it doesn't matter about the smell. Experiencing a cider is the whole package - including the smell. So sadly it is going to lose marks based on that. I am certainly going to look out for another bottle of this at some point though to see if I just had an errant bottle.

It scores 70/100 and earns a bronze apple. I may have been a little generous based on the taste of the cider - some would certainly not even try it once they smelt it... 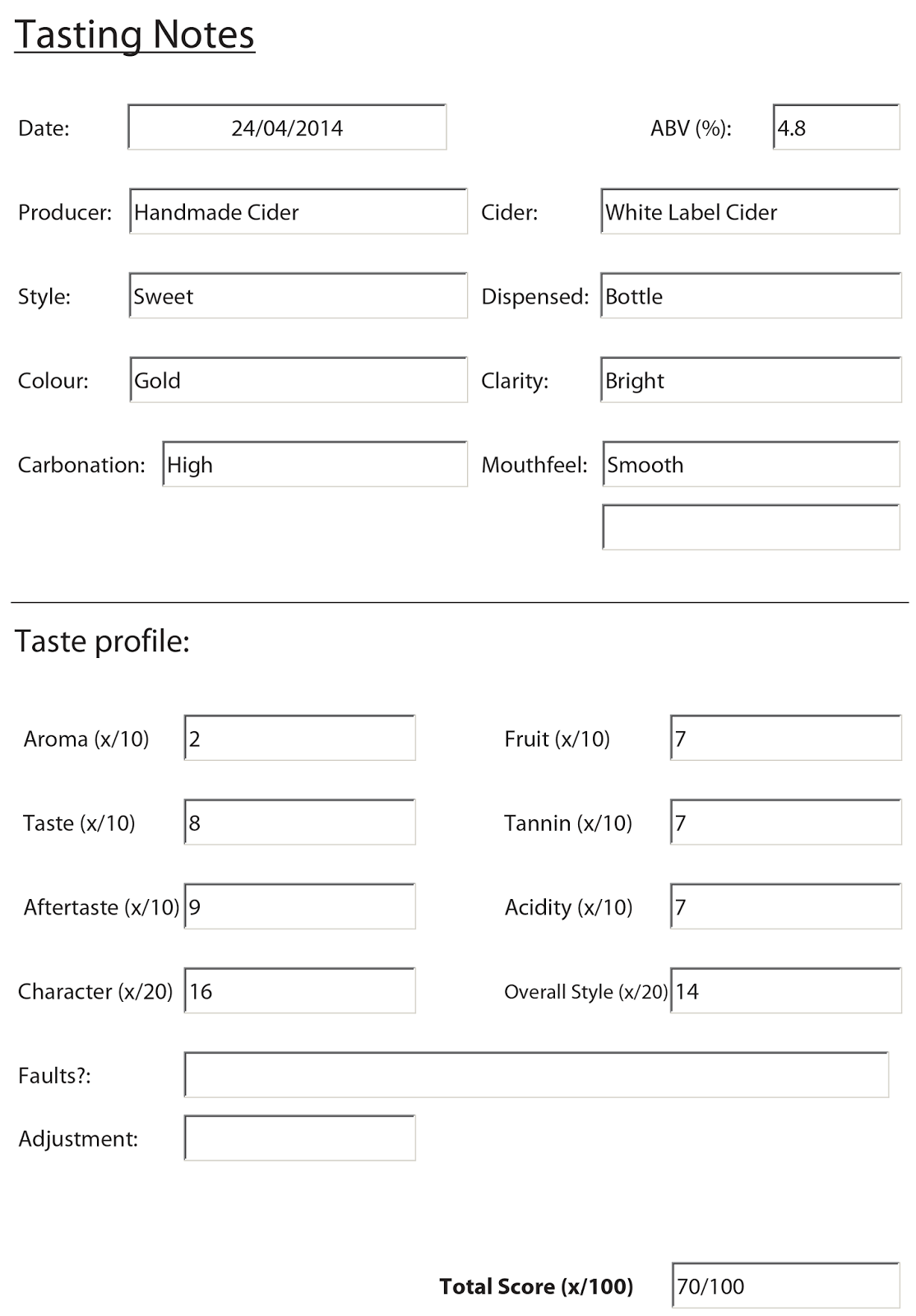