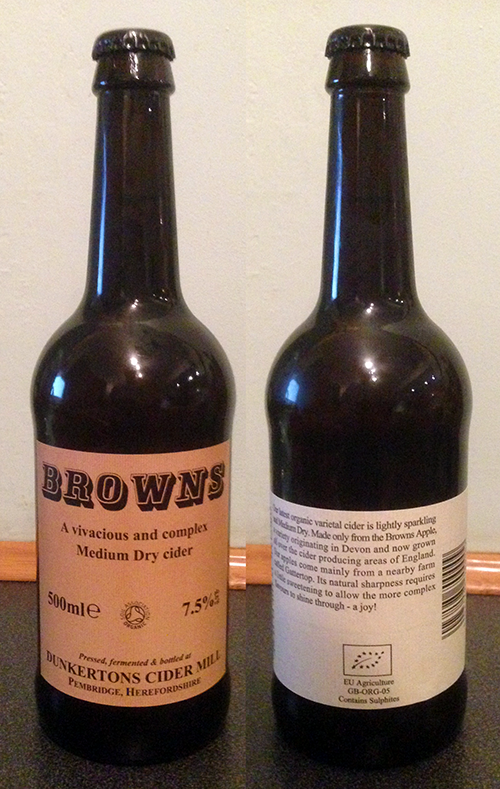 My humble apologies for going absent for the last few weeks. I have been distracted by other things and only now realise how long it has been.

I managed to mislay my notes for the cider reviews from Winchester Ale and Cider Festival - which I have still not got back yet (I know where they are but have to go and fetch them)! Never mind, in a week or two I will have them back... it's worth the wait - honest!!!

And so, for my next review I turn back to a tried and trusted producer; Dunkertons. It would have been nice for this to have followed the review of the Worley's version I tried at Winchester, but there you go. This is a yardstick for that then.

I really like the labels that Dunkertons put on their bottle (OK,  with the exception of the organic thing). This one is simple, bold and delivers sufficient information without being patronising or in any way 'salesy'. Isn't that what a label is supposed to do? Fair enough, it is labelling at it's simplest, but they manage to do it this way for each of their ciders without giving in to the temptation to put a picture of a drunken farmer on it:-)

Not being that sure if I have tried a Browns before, here is a little information about the variety: Originating in Devon during the early 1900's (the period when a lot of varieties come from). It is a bright red, bittersharp variety of apple used predominantly for cider. It harvests mid season too, making it a useful apple to put against the bittersweets to produce a good balanced west country cider.

This cider pours light golden in colour, bright and with a light sparkle. It smells very earthy - low dull fruit with a very clean sense about it. That could well be the sharpness of the variety on display. It is certainly inviting!

To the taste: it is more a medium than a medium dry, though I can see the sweetening being used as a tool to control the sharpness a touch. It is very nice though. A very deep fruit going on which is rich and sharp. There is tannin, but this is very restrained by everything else. It is the acid that is definitely most notable of the two. Saying that, this isn't one dimensional - it is a complex drink with bold flavours as well as a sharpness. Not one for cider virgins (I think).

How to describe the flavour? Well, it has farmyard right through it - or orchards... you know what I mean. There is also a funkiness in the flavour that I can only describe as being the same as an SV Yarlington Mill. I like it, but have never come across it apart from YM.

The aftertaste is long, fruity and luscious (that is what I have written down!) A real treat.

A very respectable score of 82/100 gives Dunkertons a silver apple. Having now taken the time to check it is their 6th Silver Apple to go alongside a couple of Golds... way to go:-) 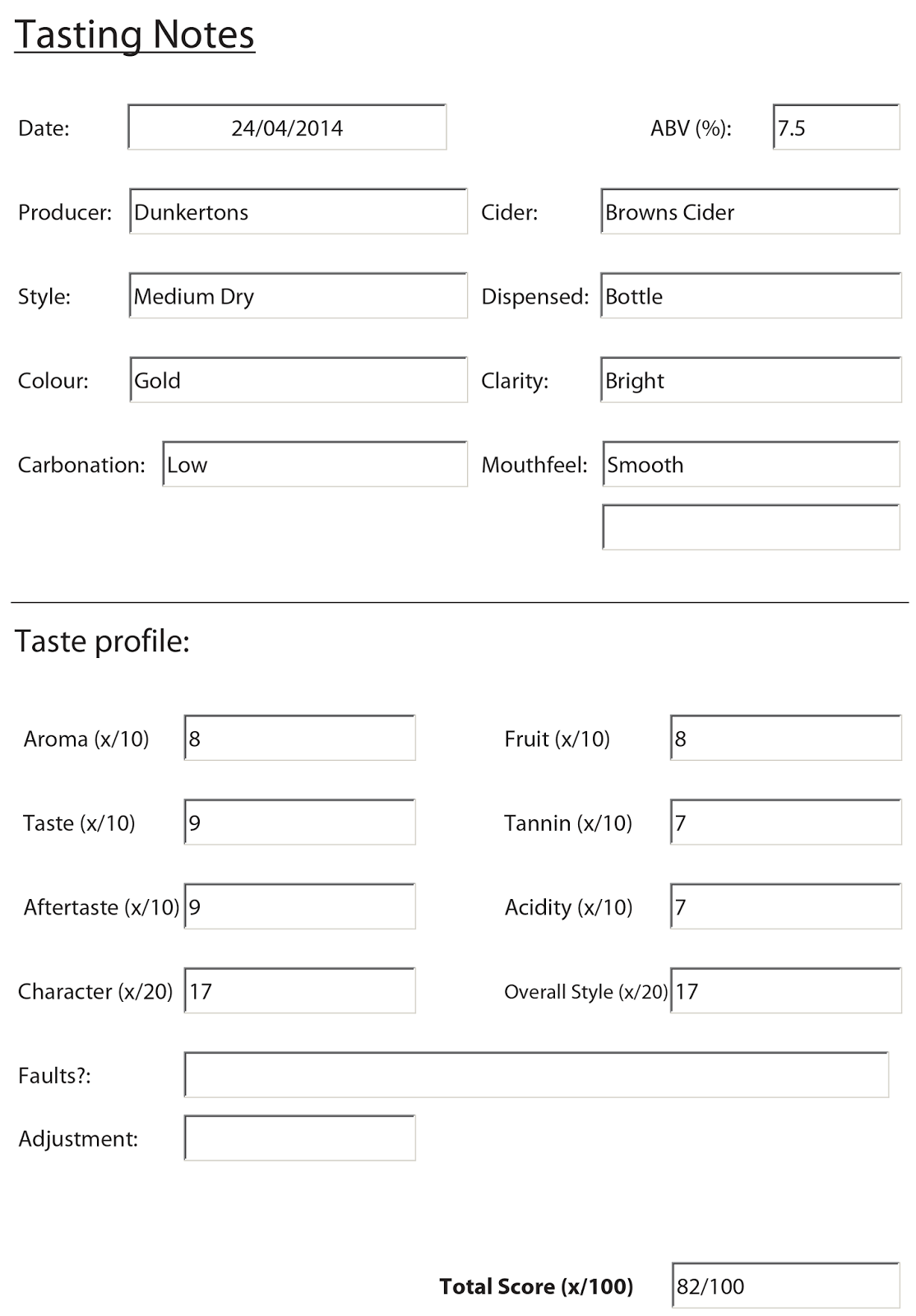