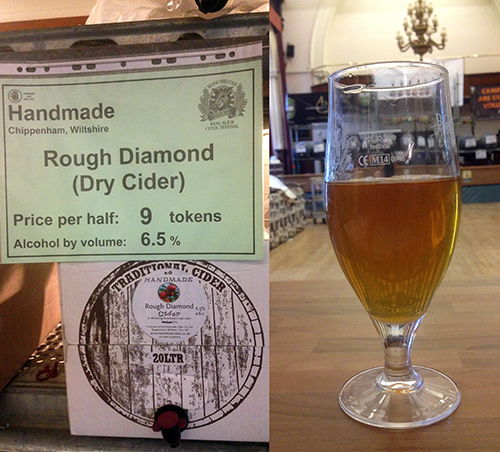 You will have to pardon me for clearing the decks a little by drawing back on unpublished reviews from earlier in 2014. Not that these reviews are not great... far from it - these are some of the best of traditional cider found in the UK. However, in an effort to keep the reviews moving on I feel they should be completed and added to the list on Cider Pages.

Finding a draught cider from Handmade Cider is quite a thing for me - I have some bottles of their to try shortly and it is going to be interesting to compare notes on them all. You see, often producers treat their bottle cider differently from their draught - on tap is normally unfiltered, unpasteurised and still whereas bottles may be all of the above - bottle conditioned etc. etc.

This isn't a bad thing, or indeed in any way dishonest - it is different. However, the profile of the cider changes and makes it interesting for us drinkers. We should celebrate this - not seek to have everything taste the same... its what makes cider so exciting!

If I am going to be brutal, this facet of cider makes all cider blogs and reviews somewhat redundant... or at least more hard work than we can give it. A cider that I tried three years ago (with the exception of things like Magners etc.) will not taste the same now. OK, there is a grey area... I am not convinced this rule applies to Westons or Thatchers in the same way that it doesn't apply to Bulmers, Magners etc. Anywhere that talks of 'recipes' and has a lab is to be viewed with suspicion as far as I can see... but let's not pick hairs - reviews are mere guides. Please don't take them too seriously!

OK, getting on with the review! This is a dark golden cider which is hazy, flat and rather tempting. It has a light aroma coming off it too (and as it is served only ever so slightly chilled I think that is accurate). It is deep smelling, with that petroleum smell that I sometimes get (and I still haven't figured out what apples give that smell - though I am certain it is a cider variety).

The taste is also deep; farmyard, leather with a touch of selotape (I know what I mean)... there is a very slight sourness going on somewhere in the background - not in any way dominating and actually making it a bit more interesting. If you think West Country style, then this is that in buckets.

The aftertaste is bittersharp and long. Very nice.

With a score of 74/100, Rough Diamond gets itself onto my apple award list with a bronze apple. One of these days, I shall have to host a cider festival with only apple awarded ciders in the line up. Wouldn't that be a thing!! 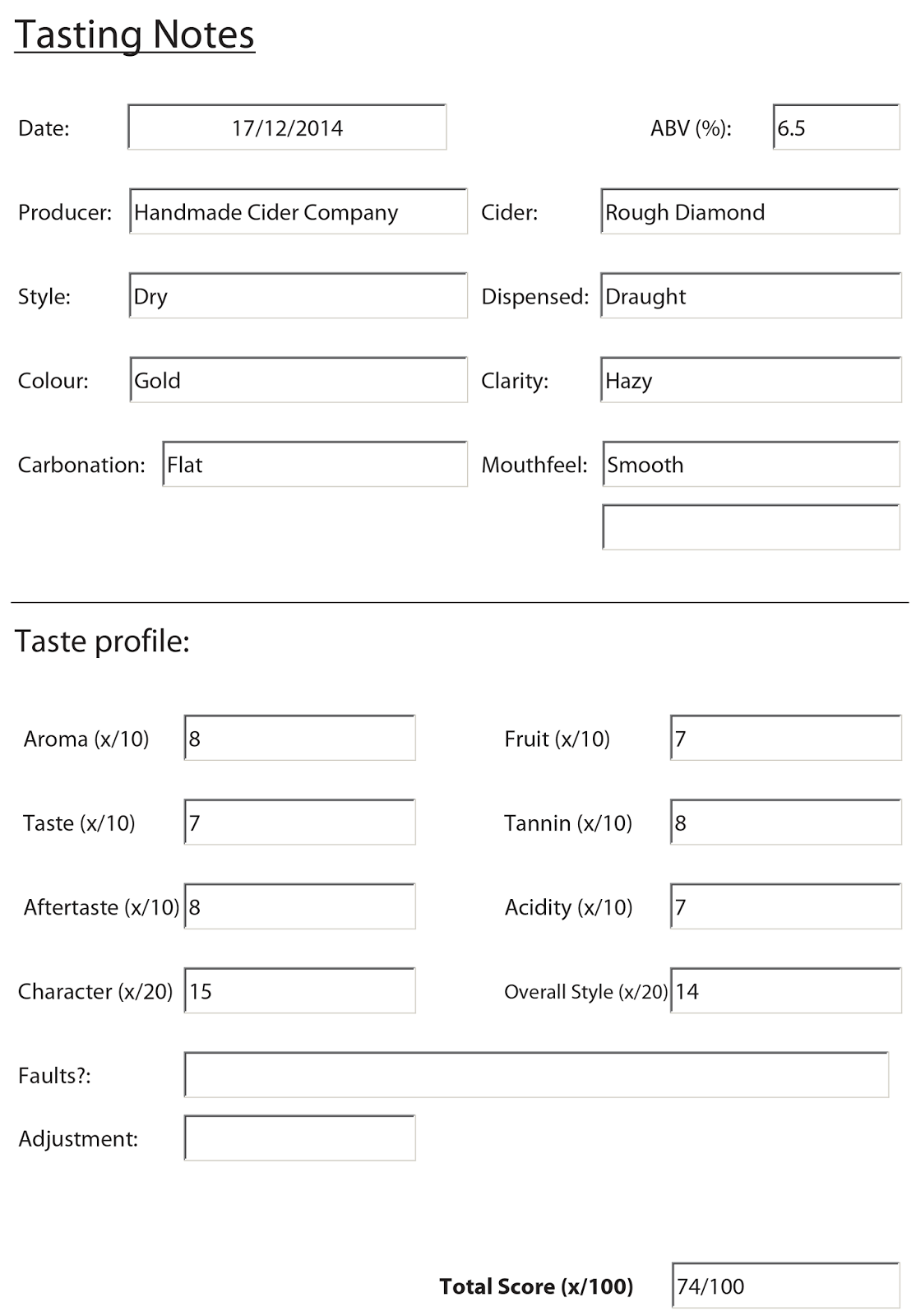