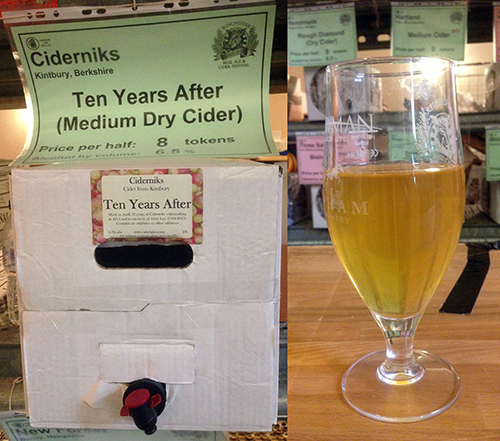 Now it is time to cast my mind back to March... Apologies for the delay between this and the last review from Winchester... I lost my notes (temporarily) so only had part reviews written that I couldn't. Well, I know I make it look easy (ha ha) but it's not... honest:-)

And so, on my list of ciders to try at Winchester Ale and Cider Festival was something with a bit of an odd name. No, I don't think its a ten year old cider; cider isn't like whisky (though it will keep for several years before starting to lose quality) and I would have thought it would be a bit of a mess after all that time.

No, this is a cider blend to celebrate ten years of cider production by Ciderniks. Doing a touch more digging (post festival), this cider is described as: a blended cider to celebrate 10 years of Ciderniks' cidermaking and also in memory of Alvin Lee (1944-2013), one of the greatest blues-rock guitarists. I had no idea about the Alvin Lee connection, but the essence of this cider is that they attempted to replicate the first cider they made... I think!

Here is where I digress. I would not wish to replicate the first cider I made! It was thin, acidic and quite a challenge to drink. I doubt that anyone would appreciate any subtle qualities in it - not that there really were any. BUT. I learned a lot from my first year - well, I learn a lot each year to be honest but the first year I realised that there was a whole lot more to it than just squishing apples. So, in a way, it is brave of Ciderniks to do this (unless his first blend was inspired!!)

What does it taste like then? Well, it is golden, hazy and still... proper traditional stuff then. It is marked up as medium dry - I am guessing this is done through sweetener though I do not think that is a bad thing. Smaller producers often find the cost of setting up pasteurisation or micro filtration prohibitive.

The aroma is quite cheesy - possibly hoovered carpet (I know - weird concept, but that is what it reminded me of). There is definitely some tannin to the smell too - it is quite a strong smell. Don't get me wrong about the 'cheese' - this is not necessarily a bad thing!

The taste is interesting and quite unlike the aroma. It is quite sharp (in fact, this sharpness lasts through the taste, aftertaste and on!). There is some nice fruit in here though. Towards the end, the tannin cuts in and is drying. So it starts as medium dry and by the end seems more dry. I have written a question mark over the use of culinary fruit.

The aftertaste is long and appley with a sharp undertone all the way.

A score of 70/100 sees Ciderniks earn a bronze apple. As a representation or celebration of what they have done over 10 years, I like it... though I suspect either they made great cider right from the get go or else they have tweaked this recipe using the experience they have learned over the 10 years... 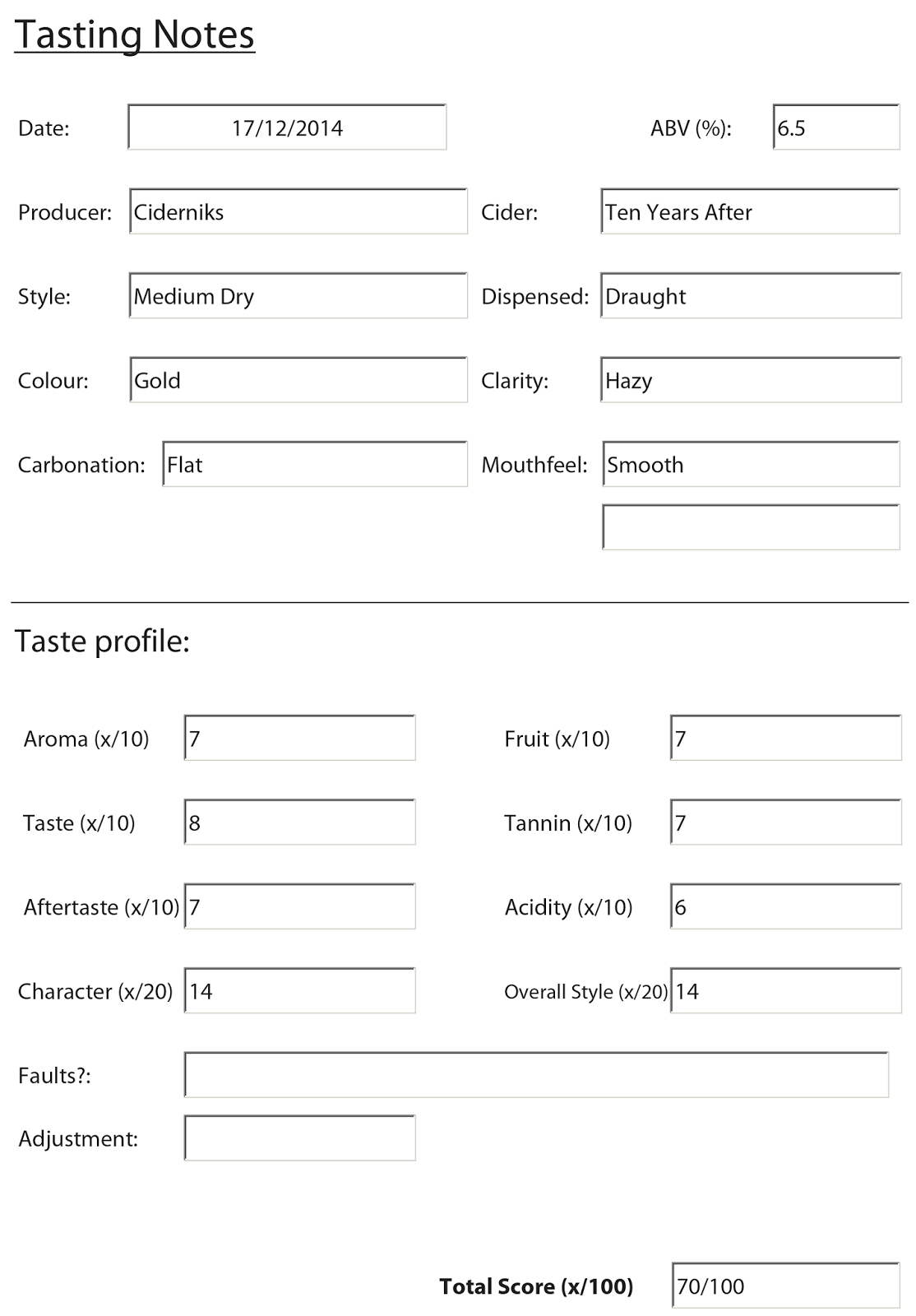