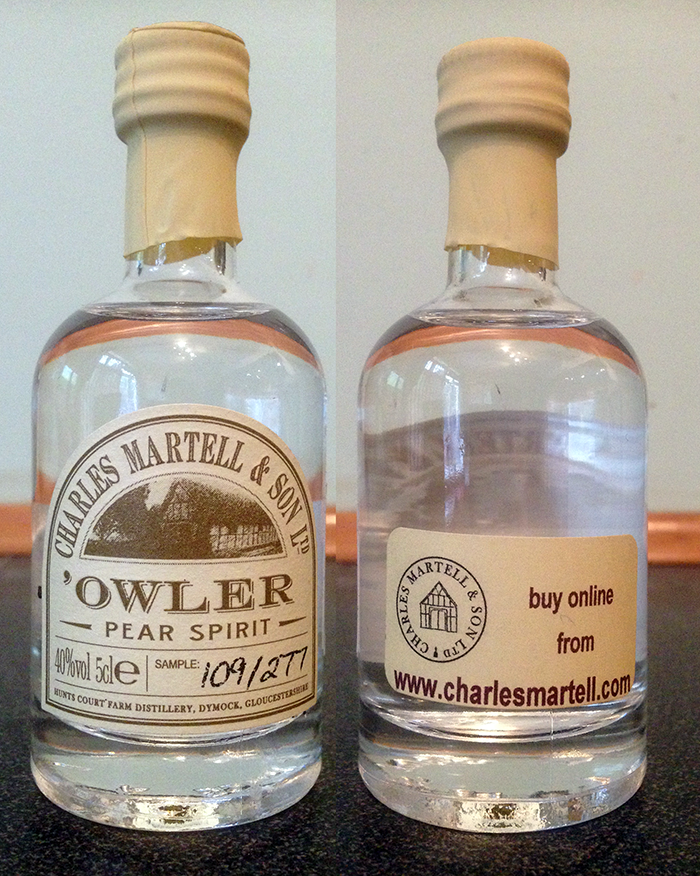 Sometimes life gets in the way of plans and projects - and sometimes writing a blog about your favourite topic just simply has to take a back seat... which is pretty much what has happened in the last 6 months. My apologies to any who were fed up with the tribute to the first World War - though I do think (in the UK at least) the centenary of this folly is important. However, in order to try and kick start a new flourish of reviews I figured I would go for something very different: a pear spirit produced by Charles Martell.

I know, I have never heard of this kind of thing before either?! OK - I am sure the French are at it and we just call it something different in the UK. However this is innovation in the cider industry at work as far as I can tell:-)

One thing you may have noticed is that this is a tiny bottle. I tried to make it look bigger than it really is, but there is a very good reason it's so small: It is bloody expensive! The sharp eyed will notice that I splashed out £5.50 for a 5cl 'sample'. It is more like £60 for a whole bottle - and I just aint going to pay that for something I have never tried before... though I might once I have tried it!!

As an aside, I must say that I love the sample bottle (the big one is the same style). This has been done for whisky and looks great...

A bit about Charles Martell - They are renowned cheese makers (ever heard of 'Stinking Bishop'?) and are based in Gloucestershire. They are also distillers of apple and pear spirit (although my reading of their website leads me to think that they have only just started releasing spirits.

It is a clear liquid - I guess its what I would expect from pears, which give a juice that is light in colour. Opening the bottle (this has to be the smallest bottle of anything I have reviewed on here!!) and shoving my nose over the top, I am getting pears alongside that familiar acoholic whiff that you find with whiskies and brandy. It isn't as faint as I had expected, and is rather nice. Once it is in the glass, you get the full smell of it. Sure, there are peardrops - though the biggest smell for me now is not unlike Airfix glue or varnish.

It is quite a powerful spirit to drink - there is varnish in the taste, though a part of this is actually the peariness of it. I am not sure it works, but once I have got beyond the varnish smell its really quite a nice drink - though it really does hit you in the back of the throat! It is really a toasty pear that comes through, with a warming tone that rises through each sip and roars at the end. Great for coming home to after a winters day of harvesting or pressing!

I don't know how long this spirit has been aged for. Judging by the fire in its belly I would say not that long - and perhaps it could benefit from another year or so to refine the harsh edges. Mind you, I think that is what this drink it about. It is a hit in the throat and, if I were to buy a bottle, it would wait for the chill of winter - I bet it will shine then!

As it goes, this sample earned a bronze apple from me with a score of 72/100. Not bad at all - perhaps I should try some more:-) 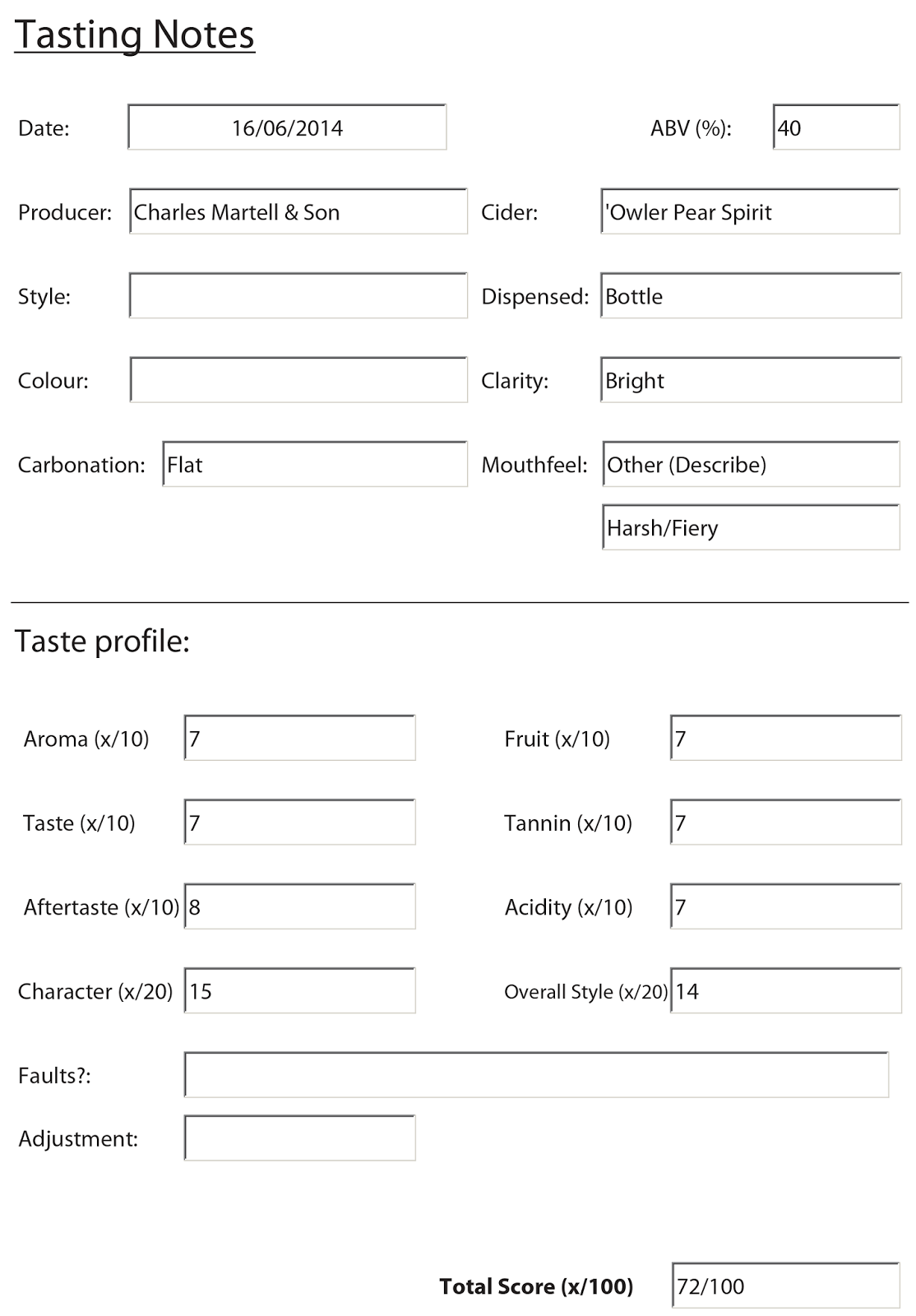