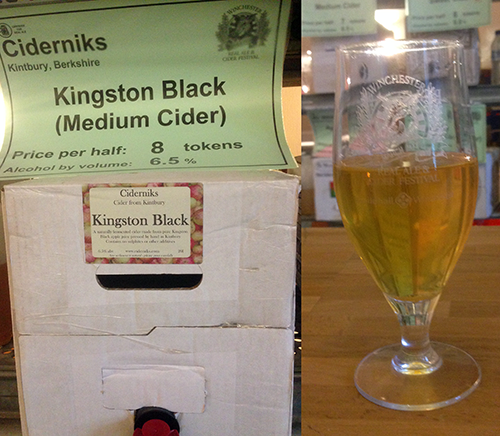 Happy new year to all! OK, starting the new year by still catching up on reviews from March 2014 is a bit daft but there you go. These cider should not be missed! There is only a couple more months to wait until the next Winchester Beer Festival, although I have no idea yet whether I will be able to wangle sufficient brownie points to make another trip (would be my third time I think).

Moving on to a cider with a more familiar name, but staying with Ciderniks, we have a Kingston Black single variety cider. There were actually two of these at Winchester, but this is the drier of the two and I have already tried (and reviewed) the New Forest Cider version.

I have tried quite a few Kingston Black SV ciders over the years, I am not entirely sure that there is anything left to say about it that I haven't already said more than once. So let me tell you a little about Ciderniks instead.

Based in Berkshire, Ciderniks is a small scale traditional cidermaker who produces a fair few different blends (though I am not sure if they are all available in the same year). They pride themselves on making cider with just juice - no sulphites, additives or anything else... well, they say no sweeteners too, but this cider is most definitely sweetened! Still, websites are a pain to keep up to date eh! and I don't believe that Ciderniks should be seen as anything less than a good, honest cidermaking company that uses traditional methods (and the non sulphiting route is too fundamentalist even for me!!).

Once again, this is a dark golden and flat - exactly as I would expect both from Ciderniks and from the mightly Kingston Black. It does seem to be quite clear, although this could well drop as clear as this without filtering (though sometimes unfiltered Kingston Black cider can be quite 'chewy'). It is described as a medium - which must be sweetened or keeved (and you would not put a keeved cider into a bag in box!)

The smell is exactly as I expected; fruity, tannic and typically Kingston Black. The taste, although sweetened (sensibly, although perhaps a touch more than medium for me) is precisely Kingston Black - tannins, sharpness and a bunch of cider apples! The tannin is funky too, giving it a bit of a farmyard feel. Spot on.

The aftertaste is medium in length and nice.

So, this is an unadulterated, straight example of a single variety Kingston Black from a cidermaker who does not like to adulterate or alter his wares. A great example if you want to see what Kingston Black tastes like on its own. Albeit a sweet version.

A score of 72 sees Ciderniks with another bronze apple from me. Well done! 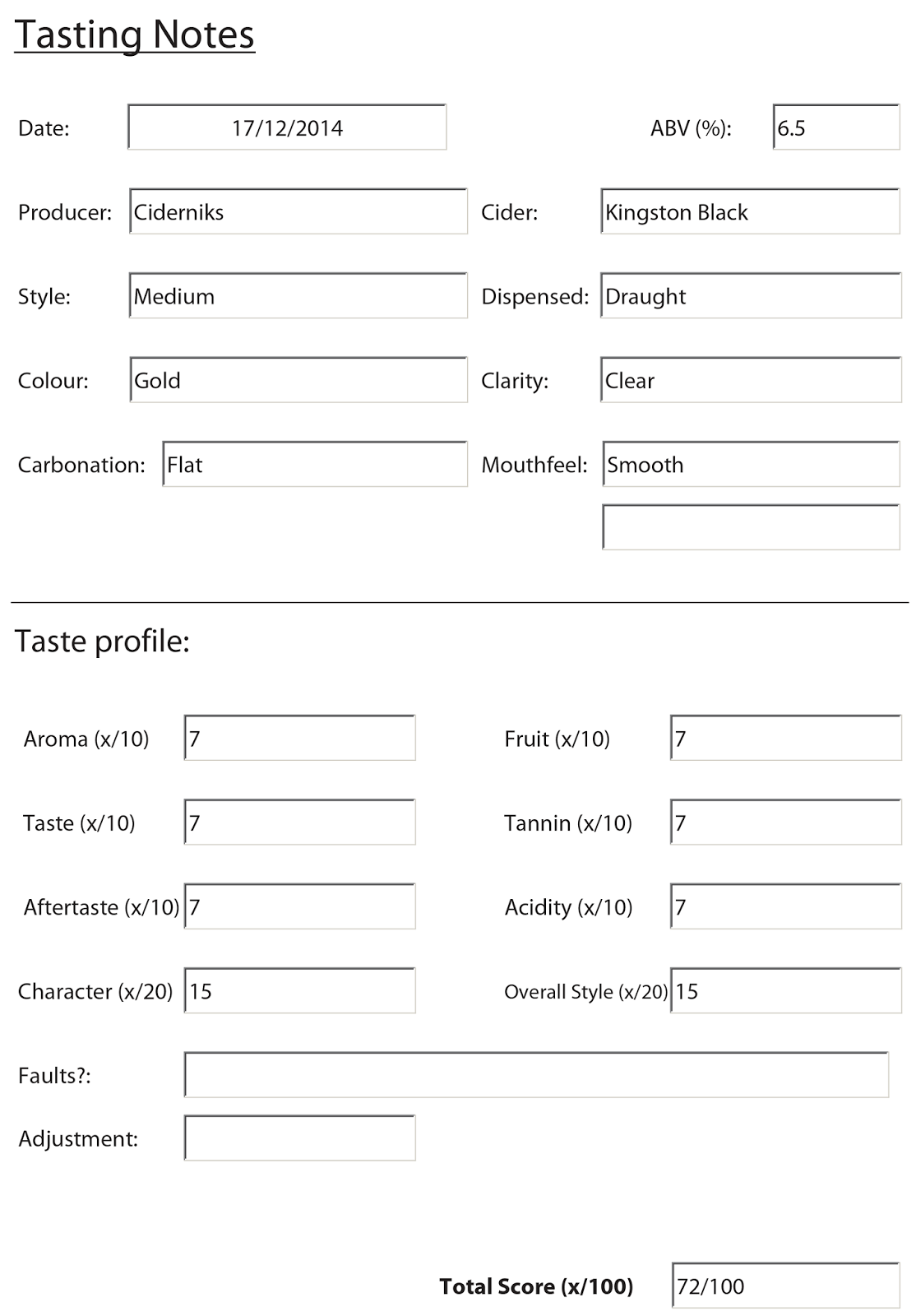