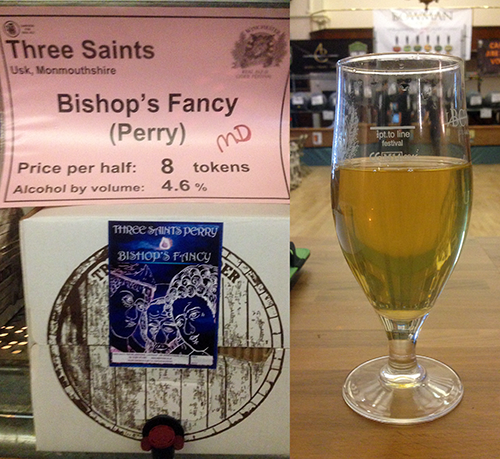 OK, this is my last review for Winchester Real Ale and Cider Festival 2014. I promise. I do hope that you can see why they deserved to be published - each of them a treat! And this last one is no different (although it is a bit if a fix). I had tried all the others on offer and this is the best perry of this evening! Apologies if you thought I would finish with an absolute stinker... I opted not to:-) Not that there were any truly bad ciders on offer - okay, let me frame that by saying that there was an apple/pear 'pyder' that tasted of orange squash and another which was very sweet indeed. But out of 20 or so ciders and perries I can only take my hat off to whoever put that little lot together!

As much as I disapprove of the nonsense that is CAMRA APPLE - with its clique and unelected committee, self pats on the back and squabbling about the most irrelevant of issues (like pasteurisation) - cider and perry features more and more at festivals around the UK. And CAMRA are spearheading this. It surely must be only a matter of time before CAMRA start holding cider led festivals. No, wait... sorry. What I should have said was that, if they had any sense, it can only be a matter of time... I do not have any expectations in reality (but wouldn't it be good!) Still, CAMRA are a big organisations and as a large stone it has certainly gathered some moss in its time. And no, I do not ask your pardon for abusing that particular saying:-)

Now, onto my notes for Bishops Fancy. Three Saints don't have a website to browse, but searching through the Welsh Cider and Perry Association (they are a Welsh producer) I can see that they are a full juice, traditional company based in Monmouthshire. It also says 'using rare Welsh perry pears and cider apples. Not sure if I could name any apples or pears that are unique to Wales... but I am sure there will be some. Anyway, this is about the perry isn't it:

The perry is medium dry, fairly bright and pale in colour. It has (what I noted as) a flowery smell, albeit a touch light in the nose. I have also written a 'Tappy smell' - though I really cannot make out what on earth I was going on about. Over this though I have written 'nice' so, with several months between the tasting and now, lets go with that.

The flavour confirms the floral pear taste. It is very pleasant in the mouth and does taste a little stronger than its 4.6% abv. I would say this is an all round perry - it could be more individual, but then it is very pleasant as it is. The medium dry is accurate and I would be quite happy that this may not be back sweetened - as pears contain sorbitol which is unfermentable.

The aftertaste is moderate in length and the note I have against that is satisfying.

At the end of the day, whether I can recall what the notes say or not, it is the score that matters. With 76/100 this goes down as one of the better examples of the art of perry. A bronze apple (which, thinking about it doesn't sound quite right for a perry:-) 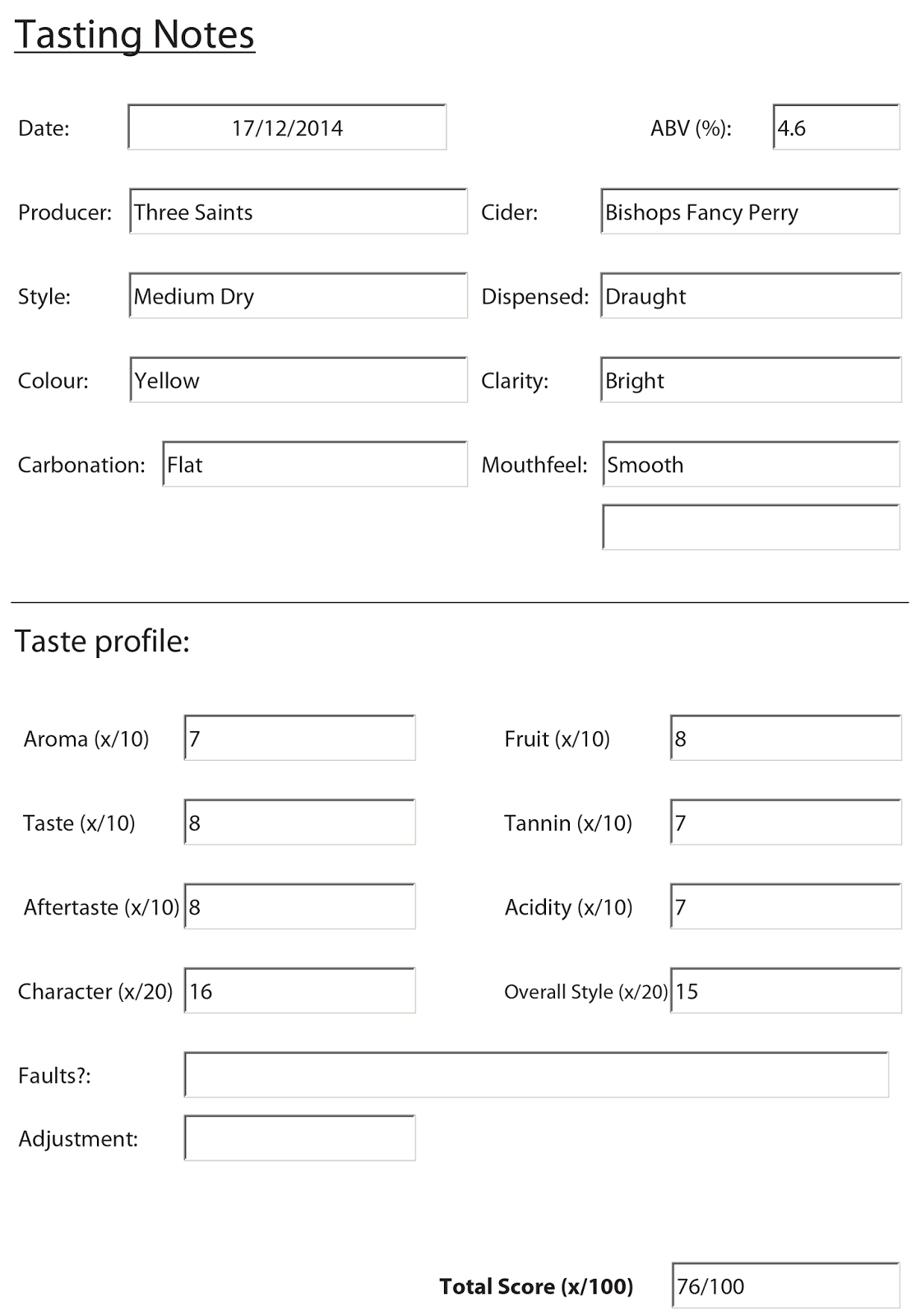