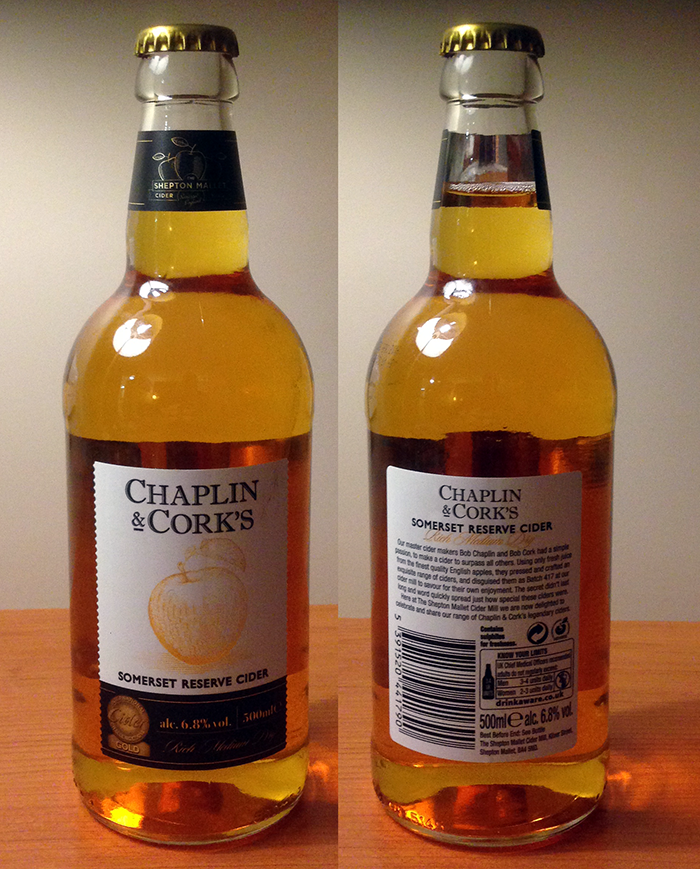 I feel that I have a bit of explaining to do... for the sake of being absent for so long. Well, lots of things getting in the way and running this blog could not really compete. I do regret leaving it for so long (and to those who my pre-written remembrance piece has annoyed - my apologies, although not for the piece... just for leaving it as the lead item for so long!)

Anyway, I want to get on with putting up a few reviews before Christmas... and this is one of the 'bigger' ciders to have been launched during 2014.

Chaplin and Cork's is a cider made by Shepton Mallet Cider Mill - I am not sure how this is still related to Gaymers. I suspect it is still owned by them (or is it now just Matthew Clarke?) - if memory serves... it is all quite a complex thing these days! Anyway, this is a cider of the two Bob's - Bob Chaplin and Bob Cork; both of who are (or were) employees of the Shepton Mallet Cider Mill. In fact, Bob Chaplin was Supreme Champion at Bath and West in 2014, so he sure does know a thing or two about cider making (whatever they practice at t' Mill!) I have to say that he didn't win with this though, or any other cider produced at the Cider Mill).

And what little gems do I have about the cider itself? Well, I understand that the 'Chaplin and Corks' range replaces the Devon, Stewley and Somerset blends. This is a shame as they were my favourite of the range... though there wasn't huge competition to be honest. So, whatever the reasoning (and I can't help feeling that this was for some shareholding economic reason as much as recognising the Bob's). Lets crack the bottle open and give it a go.

I guess the first thing to note is that it is very clean looking – rather bright indeed. Also very large is the smell which, although a touch syrupy is full and bittersweet. Really quite nice actually – although I would also say that the smell is very ‘clean’ too. What isn’t large, however, is the carbonation which is quite low key.

The initial taste is quite clean too – well rounded and a bit safe if I am honest. There is some bittersweet in there and the result is a pretty full bodied cider. It is missing something though – and reflecting on the many Stewley ciders I have had it does feel a little in the wrong direction for me. Don’t get me wrong, I don’t mind this cider – I just wish it was a bit more bold and a little less safe. After all, Stewley was aimed at more discerning cider drinkers.

It is, as expected, medium dry and the low fizz is persistent. It has a fairly safe character – controlled and reasonably fruity (although not too much). And this means a balanced acid in the background – just enough to allow the tannin to dominate (a bit). 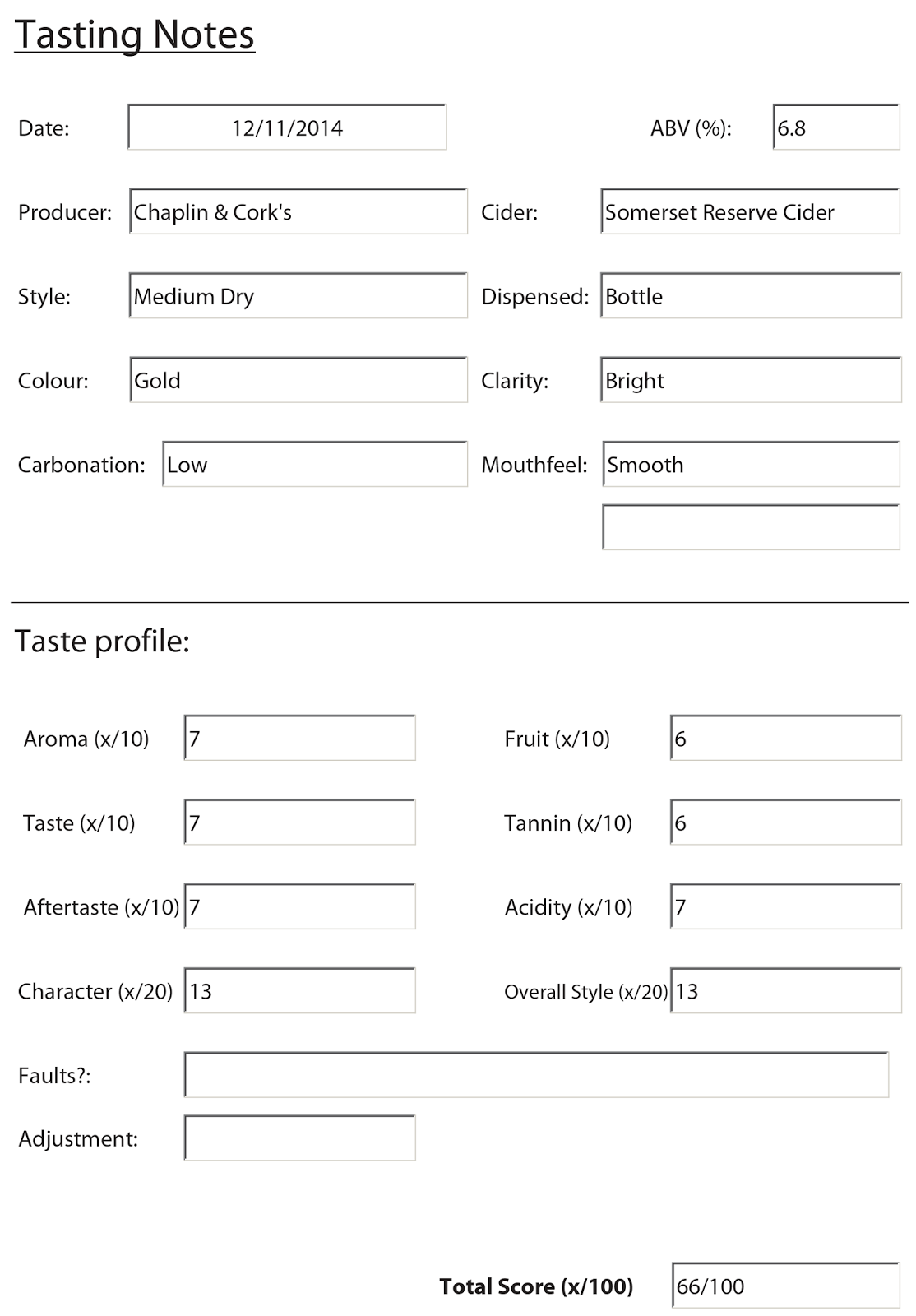