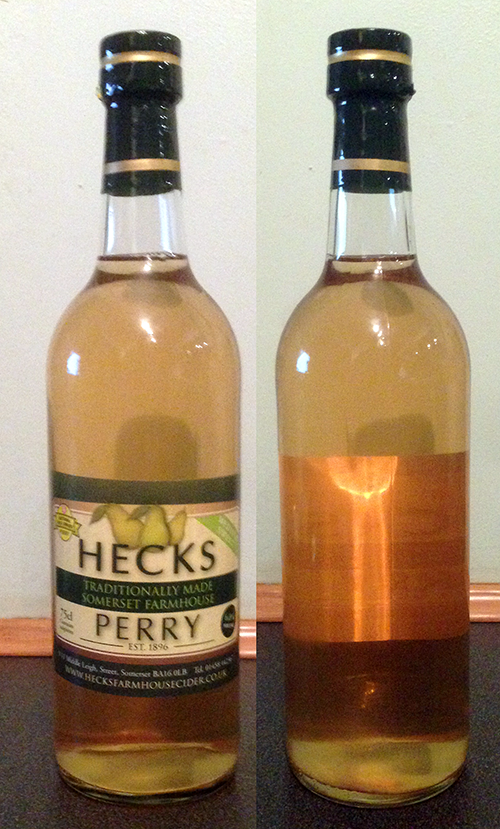 Back on to the perries then. This one is from Hecks; a producer of renown based in the heart of Somerset. I got this bottle direct (and no, I didn't have to use a boat to get there - though it was rather wet!). Coming in a 750ml bottle, it was enough to share. Just don't ask if I shared it!

I am very glad that I have a few Heck's to review now. One of the features of craft cider and perry is that it is unlikely to get a national availability... and I am, so far, lucky to get out to the West Country every now and again. Having a few to try, I am a little mystified as to why I started with the perry... not exactly my strong point! I am rather enjoying the learning curve though (so perhaps it isn't such a bad thing that it goes first!)

In the bottle, it is clear and golden - perhaps with a touch of sediment at the bottom - so if it has been filtered (and I think this is likely) it has been done so sensitively. Without wishing to pre-judge this perry - that word could describe all the really good cider makers: sensitive. Sensitive to the drink itself, its sweetness, the best way to present it...

In the glass there is no fizz whatsoever - lovely and still. It has a classic perry smell to it as well. I think I am getting some sweetness though - well, it is a medium sweet, so it is going to be right at the upper end of my sweetness scale. I am getting some mellow cidery smell as well - I think there are going to be tannins...

The taste is everything I have described - it is very sweet, but to be fair that is how it is described so it isn't too sweet. It is the medium sweet that is described. Beneath the sweetness, which I guess must be sugar as I am not getting juiciness or any aftertaste, I am getting some peach (pears don't taste of peaches, so I have some work to do to truly understand this). Back this up with a woody tone and even ice-cream notes this is rather a nice perry... even if it is too sweet for my own palate.

I am getting a mellow tannin undertone to this drink, although cannot detect much acid - that is not to say that there isn't enough going on already!!

The aftertaste is long and develops in the mouth (although the sweetness stays with you). I ought to reiterate - this perry is a medium sweet, so please don't expect it to be dry!

Hecks perry scores 78/100 for me, which is a bronze apple. I suspect that if you like sweeter perries you would score it more. 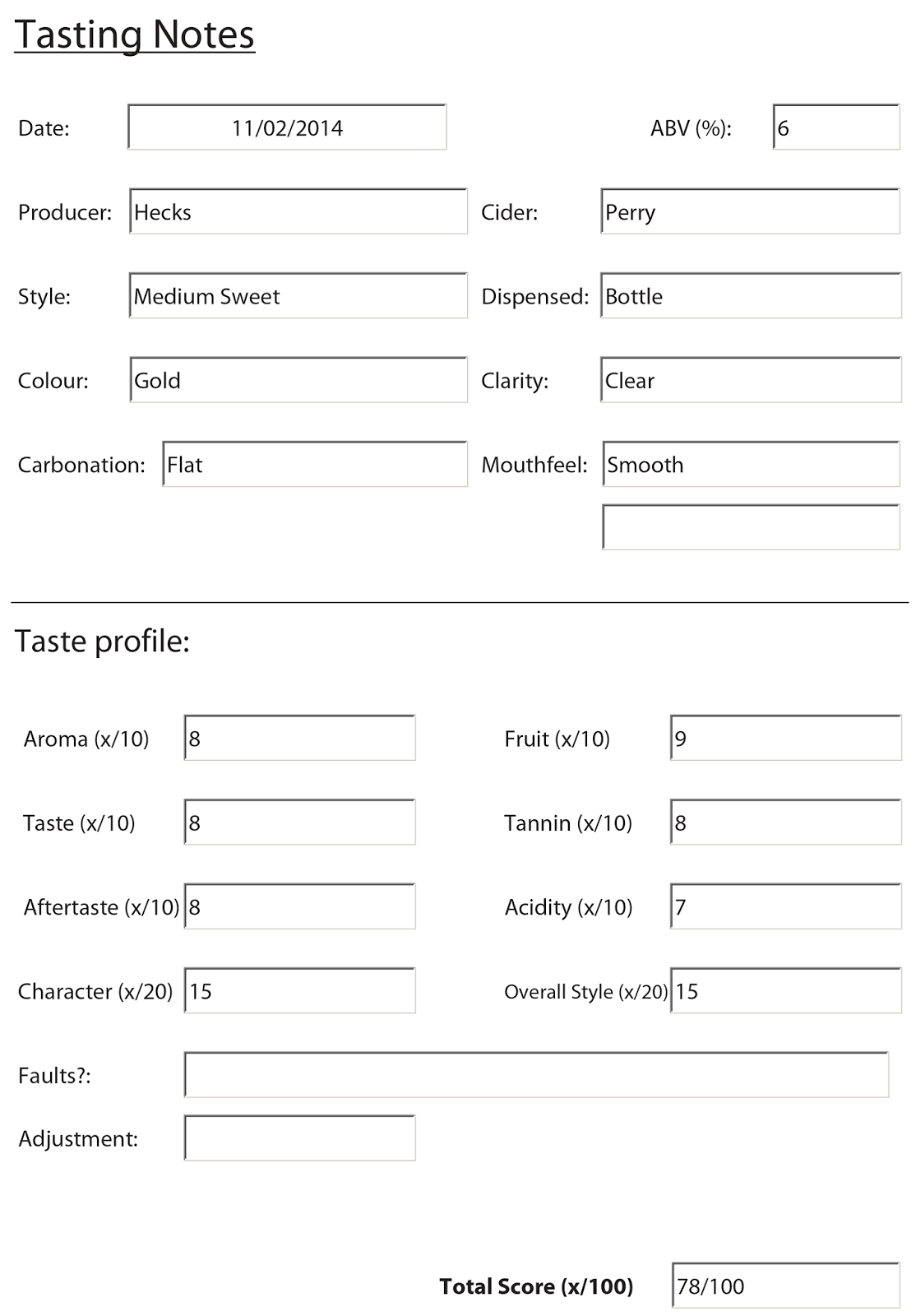