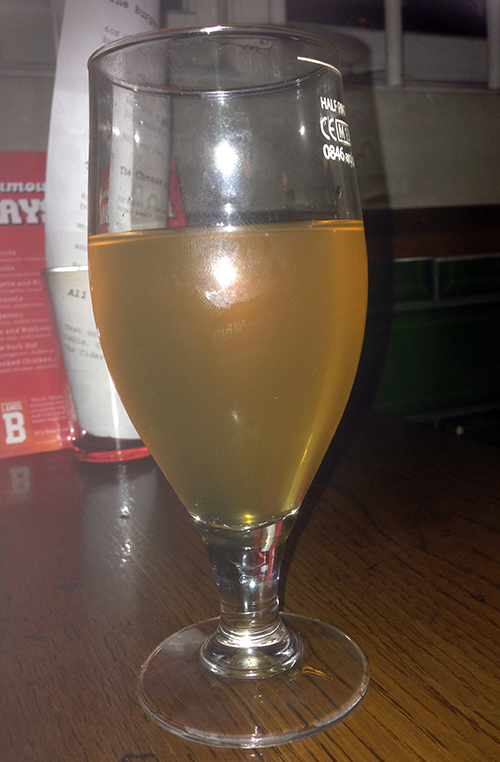 This cider is going to take a bit of digging. A trip to Euston Cider Tap (and may I say that their board is starting to look a little too Thatchers, Lilleys and Sheppy's of late). I wanted to try three new drinks before jumping on to a train home - and low and behold there were only three things that I hadn't tried:-)

I guess I should fess up straight away... because my iPhone died pretty much straight after this photo was taken (without good cause I hasten to add) there is only one photo from my latest catch from the Tap. This has nothing to do with the quality of the cider/perry, but I am rather gutted that I failed to take photographs of the other two. I will put a call out for photographs once I get to those reviews!! Needless to say, I hate my iPhone and would like to throw it away (if only I could use my Blackberry again... but there are far too many hoops to leap through!)

Anyway, it is nice to find a producer that I have never heard of before. A search on the interweb thingy doesn't turn up much, although 'Fatty Edwards' is based in Somerset - somewhere between Taunton and Yeovil to the south, and Glastonbury and Bridgewater to the north. However, there isn't much web presence other than that. It's just how it is I am afraid... there are quite a few rural cidermakers who simply don't do the internet - and sometimes I really can't blame them (says a man who has, for the last three years, regularly blogged about cider amongst other web activities!)

Enough. Lets recount the cider and give it a score.

At 6.5%, Fatty's is just about right for a cider. It is a medium though, so on the sweeter end of the scale for me personally. It arrives golden and cloudy - and still (of course). The smell is quite thick and scrumpy like - there is a stack of bittersweet fruit up the nose. Nice.

Now, the taste - well, I guess I should best describe is as a bit of a shame, although quite nice... if you like juice sweetened cider. I confess I am coming to the conclusion that it alters the flavour and profile of a cider far too much. For this one, which I presume is back sweetened with juice and then pasteurised to stop refermentation, the scrumpiness of the cider is all but lost as a result. It is very appley and juicy. Whilst there are tannins in here (the dryness at the end of the drink is reasonable, so my guess is that there is a stack of bittersweet) it is masked by the juice. In fact, it is right at the end that I actually appreciate this cider the most.

As for whether it is too sweet. No, it is a good medium cider. It's just that there is a lot of juice (which is a shame). Did I mention it is juicy???:-)

The aftertaste is quite long and sweet. This is a bit like a 'doux' cidre - but with three times the alcohol content. I cannot find much acid going on - but then that could be lost as background too.

No a bad score of 62/100. It may have scored a bit better if it was a proper scrumpy, but then as a medium it is what it said it was - so that is OK (if you like that kind of thing). 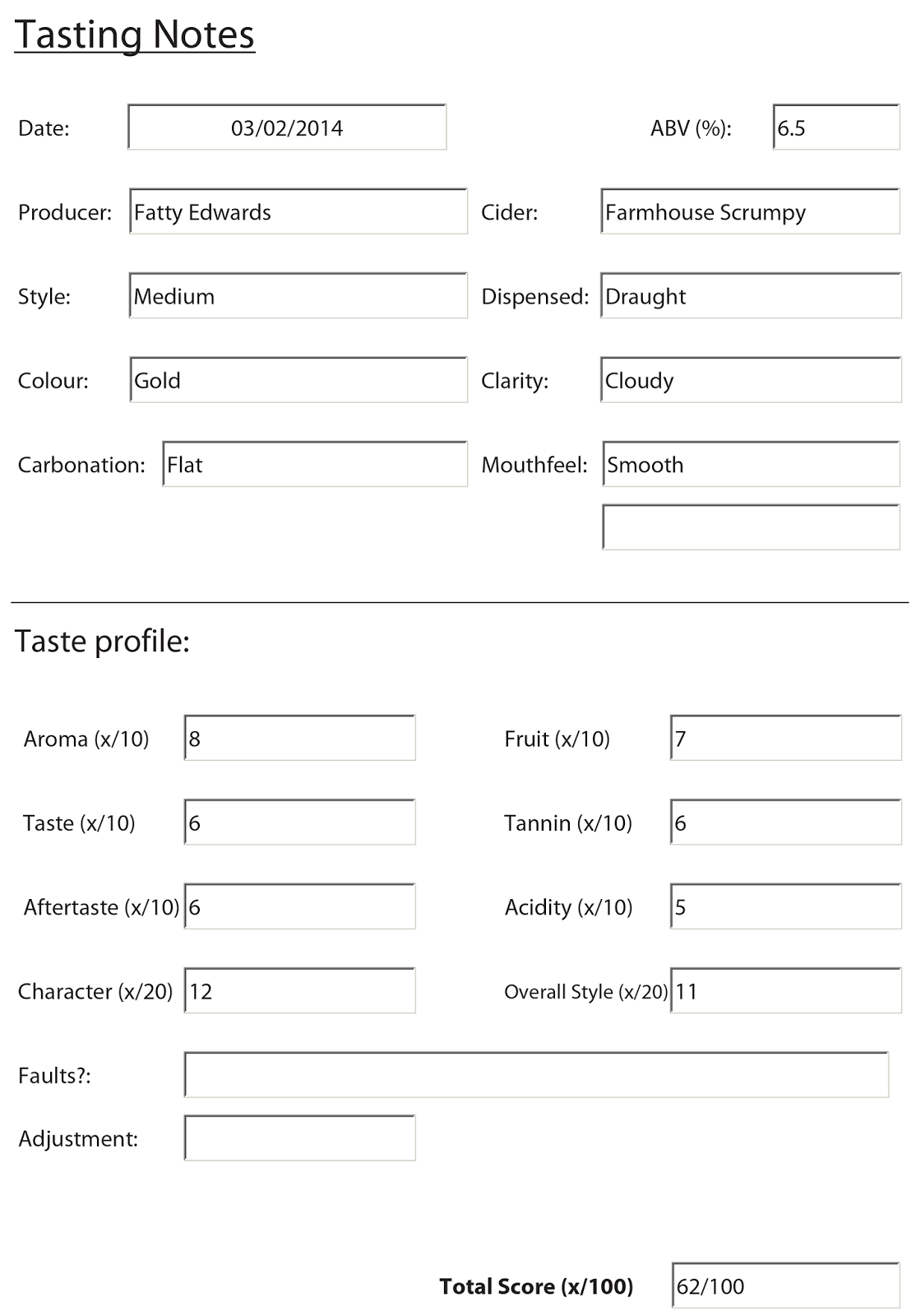