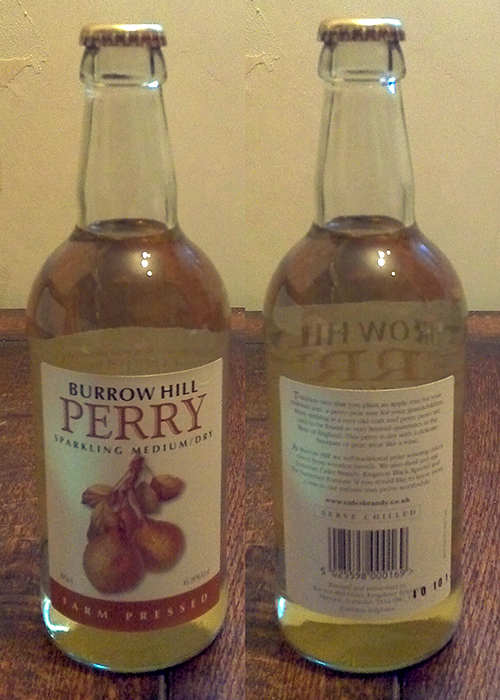 Well, both Olivers and Burrow Hill were my favourite producers of 2013, so I guess it is fair cop to try the Burrow Hill Perry next. I expect something slightly different too - after all, each comes from a distinct cider/perry producing county: mind you, I confess to having heard the saying that perry can only be made in sight of May Hill and somewhere in my brain that suggested that perry pears were only grown in Herefordshire... which of course is complete nonsense,

While I am not planning on getting drawn into a 'May Hill' argument, I will attempt to explain it... which is perhaps a bit ironic seeing as this perry is from Somerset:-)

May Hill is, guess what, a hill situated between Herefordshire and Gloucestershire (in fact, that is not a bad way of describing it as some of it is in Gloucestershire and some is in Herefordshire). The saying goes along the lines (as I have already mentioned) that perry pears only grow in sight of May Hill (i.e. Gloucestershire, Herefordshire, Monmouthshire... I think). Or, that perry can only be made in sight of the hill. I am not sure of the provenance of the saying (though I bet it comes from the counties around May Hill), and perhaps it suggests the roots of perry making in the UK rather than anything more significant... Well, this perry should prove or disprove it; and to be honest I am expecting it to be pretty good!

Myths and stories aside, I am familiar with Burrow Hill - they are one of my favourite producers... and I have good taste:-) Mind you, my experience of them is from a cider and cider brandy perspective - so this should be an interesting departure for me. This perry looks light golden - pretty yellow in fact. It is also bright. Once again, this is likely filtered as there has been no settlement in the several months it has been sat on my shelf.

Pouring it out, there is a low level of carbonation going on. It froths a bit but settles well. It smells almost cidery. It has rather a rich smell; delicate but rich at the same time. I am getting quite a lot of peachy in the nose - which is quite pleasant. Perhaps it is me, but these perries sure are much more aromatic than cider in the complex notes.

On the first taste I am still thinking 'cidery' - it does have some of the same qualities as a cider... I ought to make the point that Olivers perry had similar qualities, although I think it was a bit more gentle. I am getting grapefruit now - it is probably as there is a moderate amount of acid in the mouth, plus it is a medium dry - which it is (no more, no less). Thinking about it, there is a rather generous amount of acid in this perry - alongside a mature tannin.

I like this perry a lot. It is quite vineous - it does say on the label to treat it like a wine and I am getting the impression that perry is more a wine than cider. Well, I say that on that basis of two excellent perries. Magners pear cider? Well, as with the cider I confess to thinking that it is a blend of cider and alcopop... 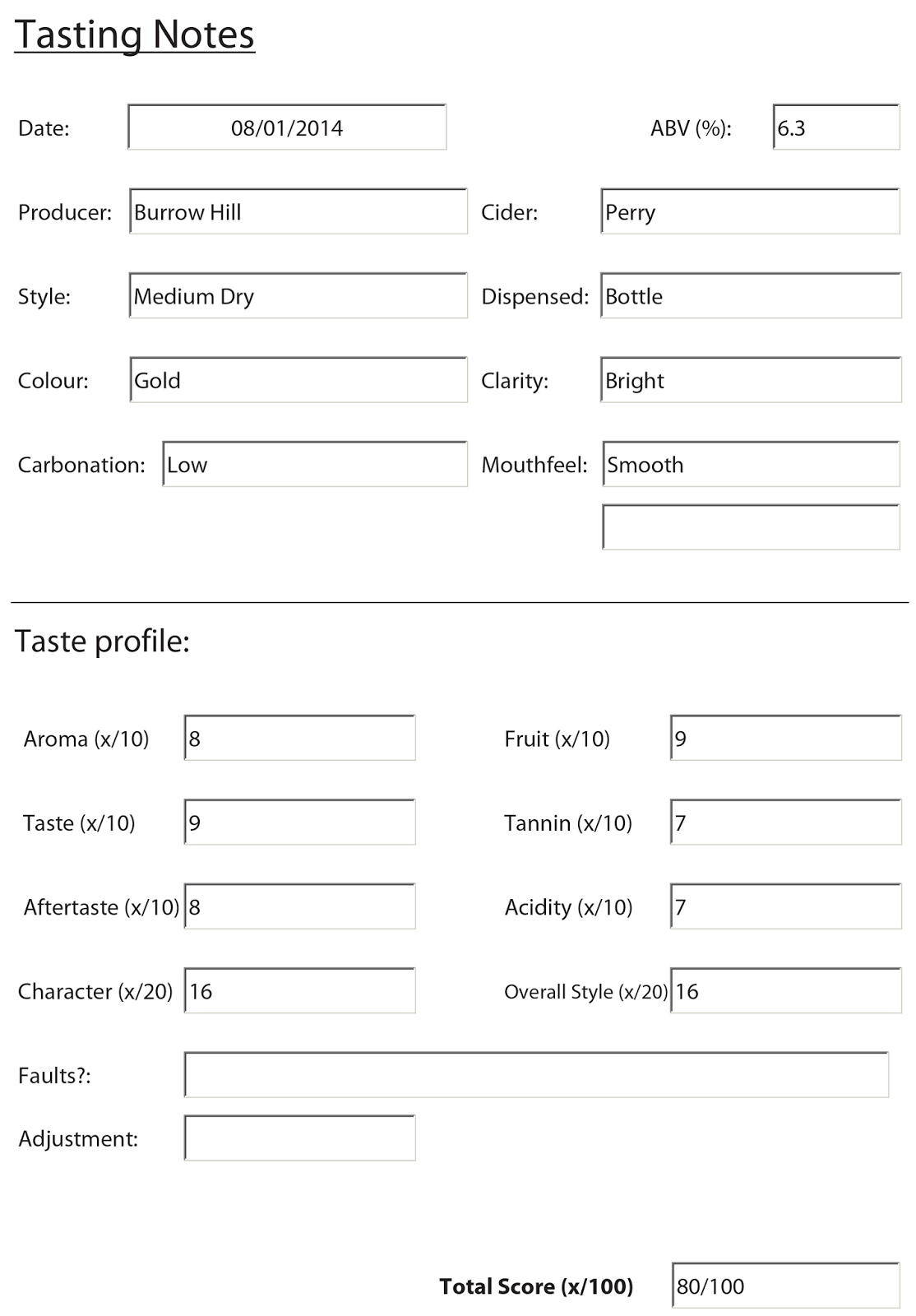