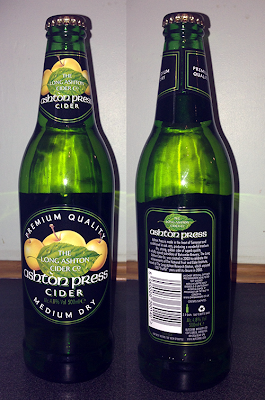 Here we have a cider produced by a brewery (which is not uncommon). Butcombe Brewery near Bristol is perhaps better known for its ales than it's ciders, and looking at their website the purchased the cider business in 2003 as an extension of their own business. This is, perhaps, a better way of doing things than trying to start 'brewing' cider within a brewing environment... As others are fond of saying, beer is not cider is not beer. Anyway, the label suggests that this cider is a celebration of The National Fruit and Cider Institute at Long Ashton.

I don’t really need a huge excuse to say something about this institution… however, rather than wax on in my own ranting style I will pinch something from Andrew Lea. Well, I am actually copying it from BBC, but the link is found on Andrews own website (www.cider.org.uk). Dr Lea is ex-Long Ashton himself, so I doubt I could beat that knowledge!!


Long Ashton started life in 1903 as the National Fruit and Cider Institute.

Farmers who despaired of producing sour and undrinkable cider wanted to know what made their cider good or bad.

Over the next 80 years, Long Ashton provided the answers.

"Long Ashton has done a huge amount for the cider industry," says Martin Thatcher, whose family has been making Somerset cider for almost a century.

"They developed a lot of the techniques that are used today in cider-making.

"They helped to work out what made the cider really good, batch after batch. That, of course, is something we're reaping the benefits of now."


The fact that it says ‘premium quality’ on the label doesn’t fill me with huge confidence, but as I go I coming to the conclusion that it is is neither negative or positive: it is meaningless – a cider is neither better or worse with these words on the label. It pours out golden and bright and rather foamy. A high carbonation then.

The aroma is clean with cidery notes. There is stacks of fruit in the nose but at the same time it seems a bit ‘washed out’. I hoped that it was just me, but sadly this is the theme of the review. The taste confirms that it is a fainter version of itself. It is, well, a posh Magners.

This medium cider is very controlled – ubiquitous almost. There is some fruit and a faint tannin with a bit of acid (but not too much). It has a short aftertaste which is OK but rather uninspiring.

Umm. OK, it isn’t going to set any records (or get an apple from me), but it isn’t terrible. However, it joins the ranks of those ciders that seem to be designed to taste and appeal to mass produced cider drinkers… which is a shame.

I think if I were looking for a cider that celebrated Long Ashton and the knowledge that came out of it I would probably beat a path to Andrew Lea's door and pinch a bottle of his cider. This, to me, is not a high end celebration of the institution. However, as a lot of their work was done for the large scale industrial cider makers, perhaps it is:-) A score of 57/100. 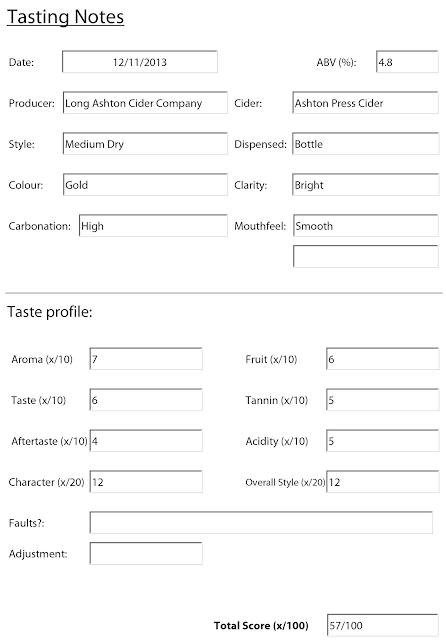