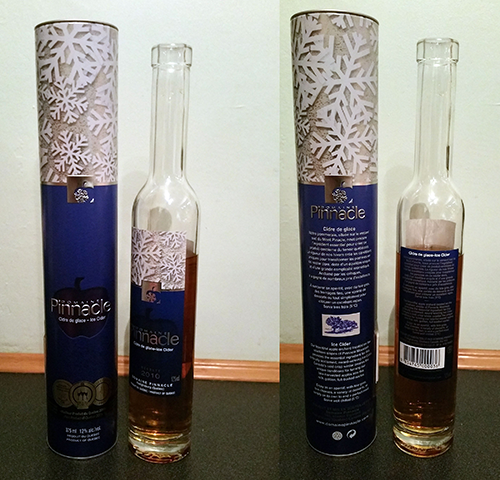 400 blog posts published. Phew. Didn't think that would ever happen! To some degree, I am not sure I ever wanted to make this many posts - well, this many reviews anyway. As a cider maker, I would much rather leave this job to those who drink cider. There were very few who reviewed or promoted ciders as a part of a blog when I started: the Cider Blog started around the same time as I did (great minds n'all that), and Ricky Hammond was posting one or two videos on Youtube (good n fun by the way). But now, well, now there are plenty to choose from. With that, however, you get the usual mix. Some are great, fun and informative. Some are biased and poorly done. Some make me wish they would stop. On the whole, it is a good thing though.

Let me be honest, however. This isn't the 400th review. In fact, I think it is the 359th. But, never one to miss marking an occasion (by the way, during my lapse of posting reviews I notice the blog has passed the quarter of a million mark) I wanted to select something extraordinary to try.

This 'cider de glace' is quite a rare thing, a dessert cider. An 'ice cider' to be exact. I have tried it once before and therefore knew it would be fitting for this occasion. See - not everything I do is reactive:-) I remember it being a very accomplished and complex drink which was served after a few glasses of cider at an event last year. Yum.

So, let me tell you a little about it. It came from Marks and Spencer and had been discounted to only £20 for a 375ml bottle. Hmmm... that may be stretching its value for money just a bit although you have to realise that it is made in Quebec (Canada for those whose geography is as good as mine).

As you can see from the photo, the presentation itself is an occasion - I really like the tube, embossed logo and stuff. In Quebec, it has won over 60 awards and was 'best product of Quebec' in 2011. To a degree that is lost on me as I have no idea what else Quebec makes! But then, I am never sure what any town or county in the UK might make either, so that is not an insult:-)

Ice cider is a little bit of a mystery to me. I know how ice wine is made - the grapes are left on the vine until a sharp frost freezes them at which point they are harvested by people wearing lots of protective layers (it gets cold in Canada). I am not entirely sure this is made the same way, and have seen reports of people freezing the juice before extracting the bit in the middle for a more complex and sweet taste. But isn't that Apple Jack? Anyway, the end result is similar to ice wine: a thick and rich cider that is naturally sweeter and higher in alcohol than a standard cider.

Anyway, the cidre de glace is served as a dessert wine, chilled and a little at a time. It looks deep golden and rich in colour. Very polished. The smell is also rich and deep - I am not getting massive tannins, but almost a hot apple pie and custard aroma; not knowing what apples are grown in Quebec, I assume from this that they are mainly dessert fruit in a similar way to the USA... though I cannot be absolutely certain (and it doesn't really matter).

The taste, at this second tasting, is not as much of an event as the first - perhaps it is because I am sipping it in my kitchen as opposed to around a table with others eating fine food etc. It is very sweet - which is what it should be - and the flavour is pretty punchy and not a little syruppy. There are some complex flavours going on but sitting here it seems that it is more the interaction between the apple taste and the high alcohol that is driving this. It is dessert like - which accounts for lack of tannin, though the style of cidre gives it a fine body.

The aftertaste is sweet and lingering.

On the whole, I find cidre de glace quite satisfying. I would only choose to drink this on an occasion and not as a cider in its own right, which could be read as a flaw - though to e honest, how many people go out to buy a dessert wine without having other more standard wines to enjoy beforehand (or afterwards, if it is an apperatif). I do know that there are others on the market closer to home too - Once Upon A Tree produce a fine example made from Blenheim Orange (another dessert apple which has excellent character). So, if you are looking for something a little different then give it a go.

Cidre de Glace scores a sophisticated 80/100 to earn a silver apple. Very pleasant indeed if you can find the right occasion for it.

As for Cider Pages? Well, I shall continue when I have the time to commit to doing a review properly... it would be good to top 400 reviews:-) 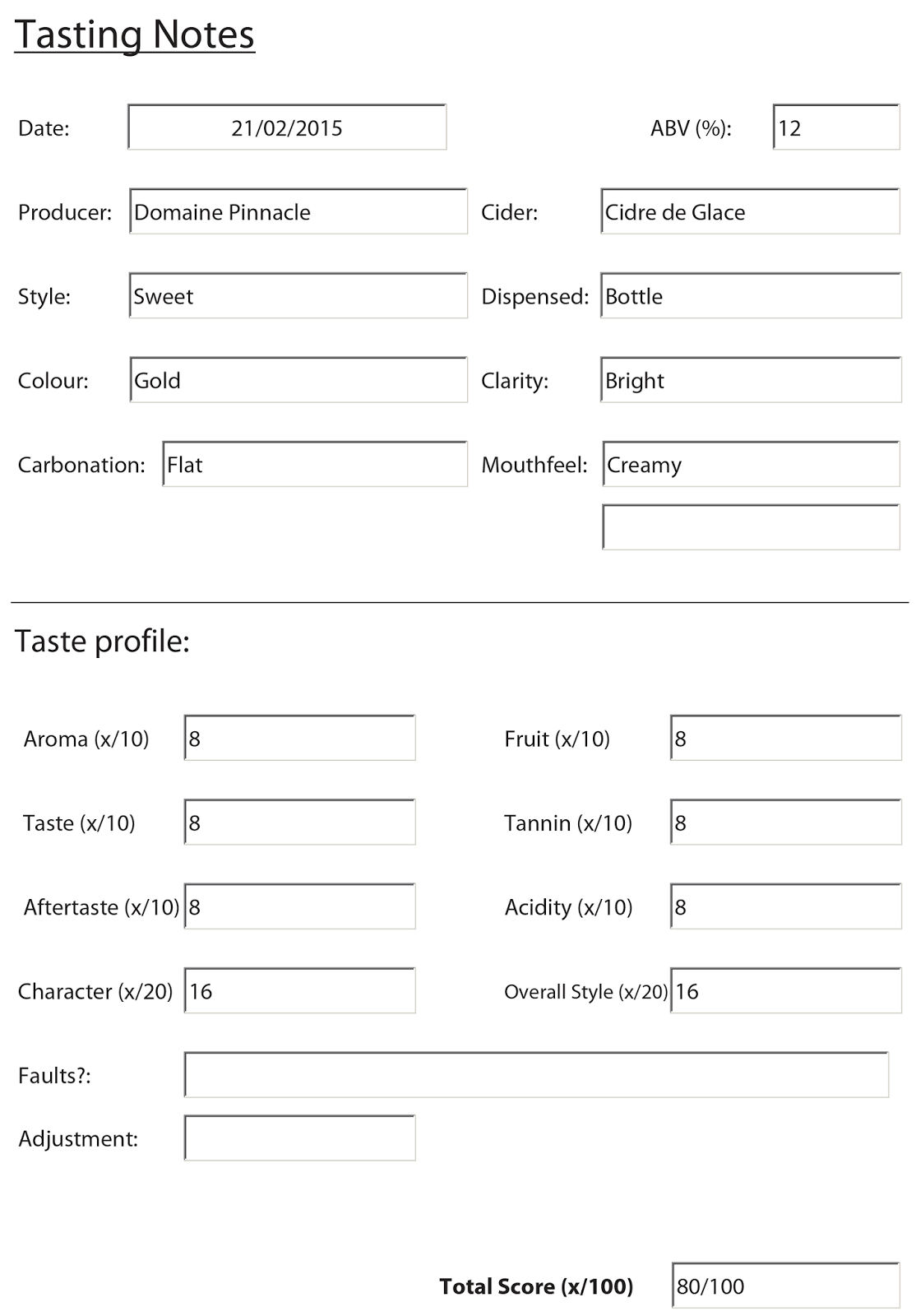